AT&T wanted to sell Crunchyroll for months now. The company is burdened with debt. For lightening, this debt burden AT&T has taken this big step. Now finally Crunchyroll is sold to Sony Funimation.

So, are we about to see this legendary merging between Crunchyroll and Funimation? Wanna know, Read further.

Funimation is an Anime streaming site. Acquired by Sony in the year 2017. This site is Anime lovers’ heaven. Dubbed and subbed Japanese anime is their specialty.

It is one of the best sites ever for fans if you happen to love Anime.

Crunchyroll is also an Anime streaming site. This site has the biggest anime collections. Even more than Funimation.
It is safe to say Crunchyroll has a vast library in terms of anime selections.

Crunchyroll sold to Sony for a whopping $1.75 billion.  As Funimation offers pretty much a similar service to Crunchyroll. It will be interesting to see if Sony is pondering this collaboration.
However, nothing is confirmed by Sony but it will be a great initiative if these two sites will merge

In their recent statements, Sony praised Crunchyroll and its team. It’s for their efforts and the distribution of their services.  That they have such a big reputation in the anime streaming world.

It’s definitely true if you compare the two Crunchyroll is way better than Funimation in every aspect.

Sony has also reached some milestones in this area. Therefore they can definitely do justice when it comes to their streaming services.

There are Numbers of Sony streaming services available all over the world.

Crunchyroll was the biggest competitor to Sony Funimation. Now if these two will work together consumers will gain a great streaming experience and services. Both are the best in this field

Also Read: TikTok Ratatouille Musical to be presented as a Benefit Performance 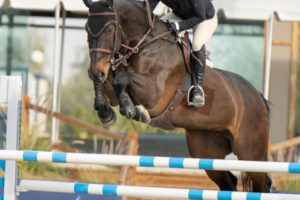 Adobe to Start Blocking Flash Content from Playing from January 12, 2021
TikTok Ratatouille Musical to be presented as a Benefit Performance