2021 iHeartRadio Podcast Awards is here with alive spirit and excitement. It was organised on Thursday night in an online mode. Guess who managed to take the award home? ‘Office Ladies’! So, those who don’t know about the show, ‘Office Ladies’ is a podcast. Angela Kinsey and Jenna Fischer hosts the podcast together. We know … Read more 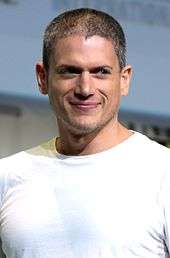 Wentworth Miller has recently opened about his comeback in ‘SUV’. The role will be a major milestone because Wentworth stated in November that he is done playing straight roles. He took to his Instagram account to share this thought and said that he is just don’t want to portray straight characters. Wentworth Miller further continued … Read more

Mira Furlan popular for the performance in ‘Babylon 5’ and ‘Lost’ has left the world at the age of 65. We know about her death through a series of tweets. Her Twitter handle disclosed the news, and later J. Michael Straczynski also announced the same. J. Michael is the director of ‘Babylon 5’. Also read: … Read more

Alec Baldwin quits Twitter and stated that he is quitting Twitter “for now” after wife Hilaria’s controversy regarding Spanish heritage. The 62-year-old actor announced his decision through his blogging website and said that Twitter is just like a party for everyone to scream. He then said Goodbye and left Twitter. Also read: Ryan Reynolds records … Read more

Harry Brant, son of Stephaine Seymour died by accidental overdose of drugs. Harry’s family revealed the news of his death, and said that he died by an accidental overdose of prescribed medication. He was about to pursue treatment for addiction in a rehab centre. Also read: David Richardson Dies: ‘The Simpsons’, ‘Two and a Half … Read more

David Richardson, very popular for writing and producing ‘Two and a Half Men’ and ‘The Simpsons’ had died at the age of 65. David died from heart failure. It is a piece of sad news because the veteran comedy showrunner had celebrated his 65th on 24th Dec. Also read: The Flash casts Jon Cor as … Read more

Believe in Music week is taking place of NAMM Show at Anaheim Convention Center. The NAMM event is going to be a free, fully virtual show of music. NAMM had earlier revealed that because of the COVID-19 crisis, the show is cancelled and they will instead organise it online. It will will take place from … Read more

Chillblaine aka Mark Stevens’s character has got a new personality. According to the reports. Jon Cor will play the character of DC Comics villain Chillblaine. The Flash is all ready to make a comeback with its 7th season. The new season will start fon 23rd February. Fans are excited to see the new DC villain. … Read more

Ryan Reynolds recorded and sent heart-melting wishes 11-year-old cancer patient. The little boy is suffering from third stage cancer, and he is a fan of Deadpool. The boy and his mother attracted the deadpool star’s attention with the help of social media. Ryan Reynolds is undoubtedly an off-screen hero too. There are only a few … Read more

‘Be My Wife’ is the few words from the new album by Zayn Malik. The lyric ‘Be My Wife’ sparked rumours, and now fans are wondering if Zayn and Gigi Hadid are tying the knot. Reports claim that their fans believe that wedding preparation is underway. Have you paid attention to the lyric ‘Be My … Read more