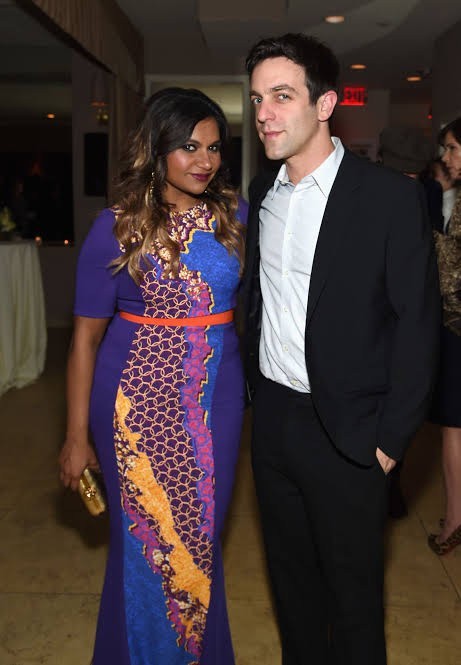 Santa Claus season is here!! Kids are waiting for their gifts. But as we all know we can’t really celebrate it like always. That’s when friends & family come to the rescue. Mindy Kaling in an interview reveals that her good friend Bj Novak dressing up as Santa for her kids.

Let’s see what else she planned for Christmas.

So, what’s the plan?

While talking with the renowned designer Tory Burch Mindy has revealed quite details about her plans she said; she and her daughter Katherine who is 3 years old will be in the kitchen. Taking out fresh-baked cookies from the oven( baking cookies ). That’s when they will hear Christmas bells. And to their surprise, Santa will be sleeping on the couch of their living room to surprise her 3 years.
That’s What we call a perfect plan.

Novak and Mindy are friends for a decade now. These two also have dated briefly, but now they are best friends. These two have worked in the television series “The Office” together. Since then their friendship is inseparable. BJ Novak dressing up as Santa for Mindy’s kid as he is also Katherine’s godfather.

While many speculated that Love is in the air for these two. Both have denied several times and confirmed they are just good friends who are there for each other when needed.

What else Mindy Kaling talked about with Tory Burch :

Mindy Kalinga has also given birth to a son, who is now 3 months. She reveals how scary it is to be pregnant in this pandemic. Mindy Kaling said she has given birth safely even at times like this all thanks to medical staff that they are doing their job diligently. And provided her medical assistance when required.

What have you planned this year for Christmas?