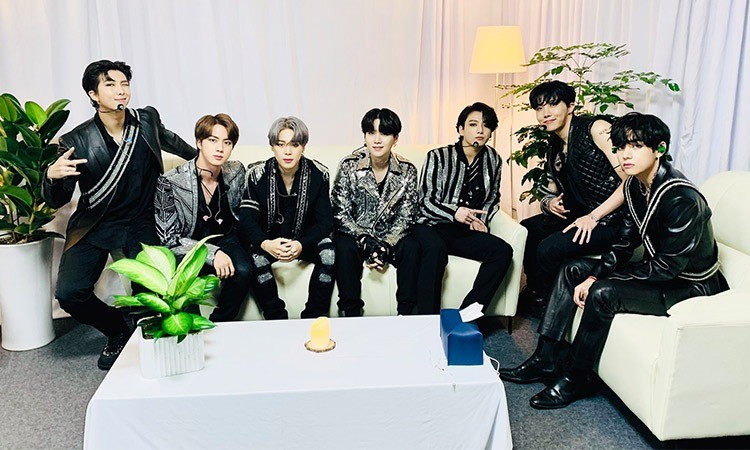 BTS online concert on Saturday for their fans. The K-pop boyband conducted an online concert so their fans do not miss out on the fun. People were holding their BTS posters. They were sharing messages in the chatroom.

The name of the virtual event was “Map of The Seoul ON: E”. A lot of changes were made because of the global pandemic. The world tour was canceled. In order to adapt to the situation, BTS planned the event. Their idea was to do a concert in Seoul, abiding by the South Korean laws of social distancing. However, that plan had to be discarded. As a result, they finally decided to do an online concert.

BTS online concert for their fans:

They performed on their latest song “Dynamite”. This song was their first fully English song. It made it to the Top 100 Billboards in September 2020.

“You’re not here but I feel you here as if I can hear your chants, and next time let’s really be here together,” said Kim Tae-Hyung to his fans. Kim Tae-Hyung is better known as V.

Sources say that BTS will be mentioned in the Guinness Book of world record. They managed to get the most number of viewers from all around the world on a live stream show. The company that is sponsoring the event,  Bit Hit Entertainment, is releasing the number of viewers of the. The information was given that it got 114 million “Cheer clicks” during the concert happened. In that portal, this “cheer click” is a sign that can be clicked by the viewers as many times as they want.

Additionally, the background wall of the live streaming website had thousands of fans. The fans were holding there army bomb lights, that were visible on the screen. The seven-member boy band was honored to see so much love and support even in such difficult times. The comments left by the fans made BTS very happy.

BTS taking over The Tonight Show for BTS Week