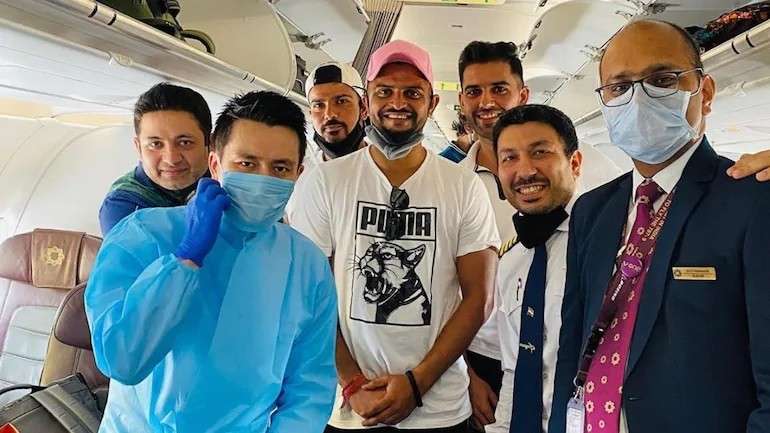 What are CSK players Plan?

CSK players like M.S.Dhoni, Suresh Raina, Harbhajan Singh, Piyush Chawla, etc. will be training in the Chepauk Stadium. All of these players are tested negative for the tests of Covid-19. The players took the tests under the guidelines issued by the BCCI . The stadium will not open its doors when the players will be training. This is to ensure the bi-secure bubble for the players.

After this six days training the players will fly to Dubai on August 22nd. It is good to see the players back on the track of training. As per the guidelines the players will also be tested two times more. This time the tests will be taken by the Team itself. The players have to be tested negative in these tests as well. This will ensure that the players are in the bio-secure bubble.

What will Foreign Players do?

Many players have posted the pics with each other and the airlines. Also the players have thanked the airlines to ensure the safety of the people. CSK chief executive officer Kasi Viswanathan confirmed that they were hopeful that Lungi Ngidi and Faf du Plessis would reach the UAE after September 1. South Africa has currently sealed its borders to prevent the spread of the Covid-19 infection.

Imran Tahir will join the squad directly after taking part in the Caribbean Premier League. This league is scheduled to be played from August 18 to September 10 in Trinidad and Tobago.

Except Jaya Bachchan, the whole Bachchan family has been tested positive for COVID 19