2020 Nobel Prize in Physics Awarded for Black Hole Discoveries. Three people received the Nobel Prize for the same but one most important discoveries in the universe. 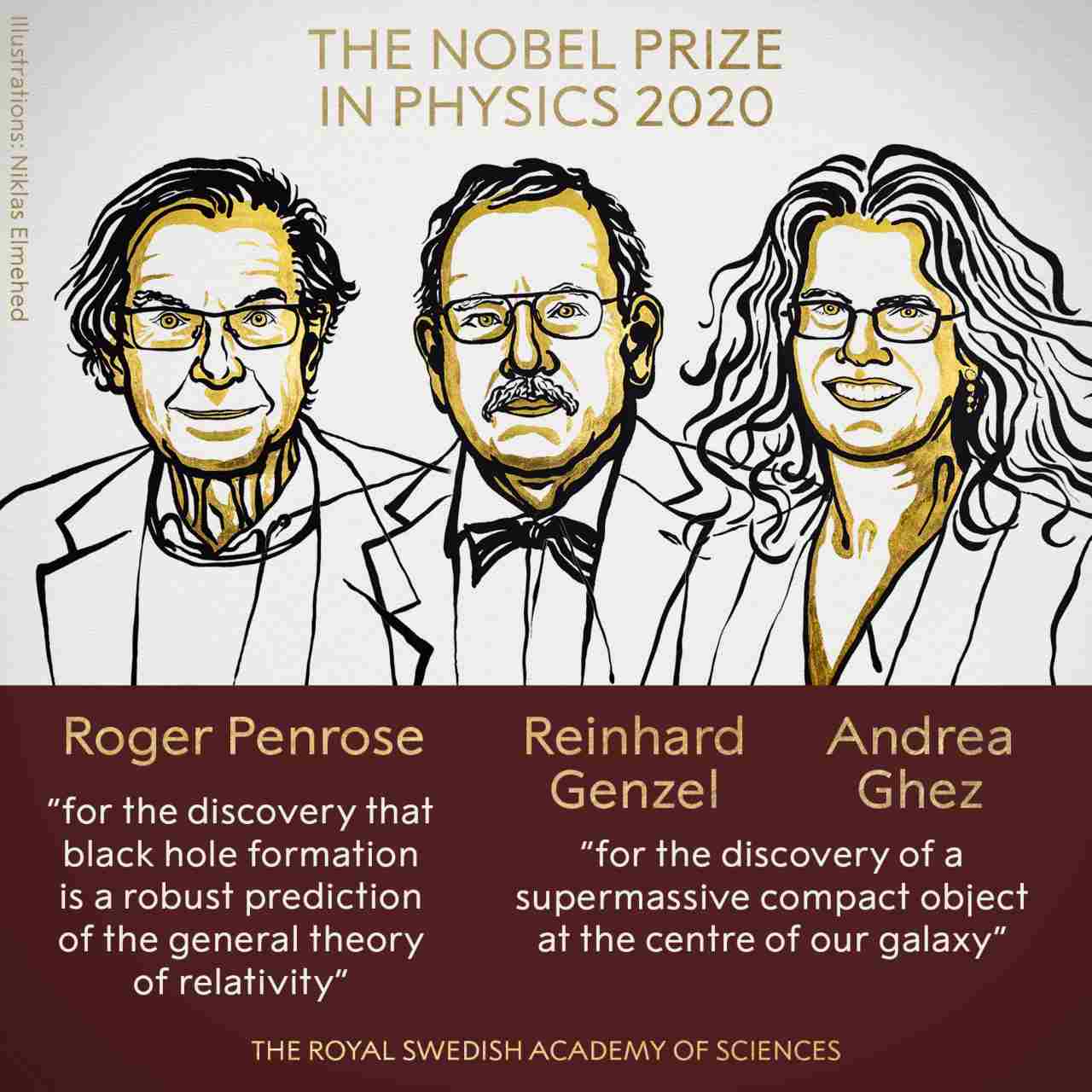 Roger Penrose received the award for discovering the Black Hole. In addition to Reinhard Genzel and Andrea Ghez for discovering “a supermassive compact object at the centre of our galaxy”.

2020 Nobel Prize winner, Roger Penrose, explored Einstein’s general theory of relativity theory by inventing mathematical methods for the same. According to his invention, the theory leads to the formation of a black hole. Furthermore, black holes trap each and everything that enters into their force.

Moreover, Reinhard Genzel and Andrea Ghez found out that there is an invisible and dense object located at the centre of our galaxy. It controls the orbit of the stars. The one and only explanation available for this theory lie in a black hole.

About The Black Hole:

According to the findings till now, the black hole is a region of spacetime with intense gravitational force. The gravity in the black hole is so forceful that even light cannot escape. The boundary which does not allows the escape is named as “event horizon”. In short, a black hole can be understood as an ideal black body in which no light can reflect.

Objects like a black hole, i.e., through which even light cannot pass, received first consideration in the 18th century. John Michell and Pierre- Simon Laplace was the first ones to give this theory. After them, many scientists gave theories related to the black hole in different ways and in different areas.

Black holes as per the discoveries and theories form when stars collapse at the end of their lives.  After formation, it goes on absorbing more and grows accordingly. When enough of stars absorbs and merge with other black holes, they form a supermassive black hole. Furthermore, scientists believe that this kind of black holes exists in the centre of many galaxies.