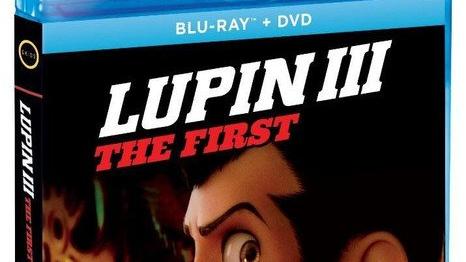 GKIDS’ Lupin III: The First has officially announced the dates for its home release. According to the reports, before being released physically on January 12, 2021; it will make its home release on Digital HD; on December 15, 2020.

One of the most influential and iconic characters in anime is likely to make a chilling return. The thrilling and exciting Lupin III: The First; the latest movie; after a North American theatrical release; is paving its way to home entertainment this winter.

The most iconic characters in the genre of anime for the first time in CG animation; will make a release on a download and run the platform.

The film; for the first time; will be released on Blu-ray/DVD combo package as well as the standalone DVD. Furthermore, a SteelBook version will make an entry on 12, 2021.

Lupin III: The First will be released in its original Japanese version as well as the latest dubbed version in English. The movie will further feature the characters that have played roles in the earlier Lupin movies and series.

Moreover, the home release of Lupin III: The First will come with a number of additional rewards as well. The Digital HD or the Blu-ray versions will come with a few shorts clips exclusively featuring interviews with the Director Takashi Yamazaki. Additionally, interviews of the Japanese voice-over actors will also be included.

Furthermore, a stunning, 16-page booklet featuring character concept art is also included in the SteelBook version. An exclusive 18×24 lithograph will be purchased by fans who order their Blu-ray + DVD combo pack or SteelBook copies, while stocks last.

The latest English dubbed version of the Lupin III: The First will also feature the voices of Tony Oliver, Doug Erholtz, Michelle Ruff, Richard Epcar, and Lex Lang; as these actors make a come back to their roles in the Lupin franchise.

However, new voices like that of  Laurie C. Hymes, J. David Brimmer, and Paul Guyet will also be featured in the latest adventure Lupin III: The First.