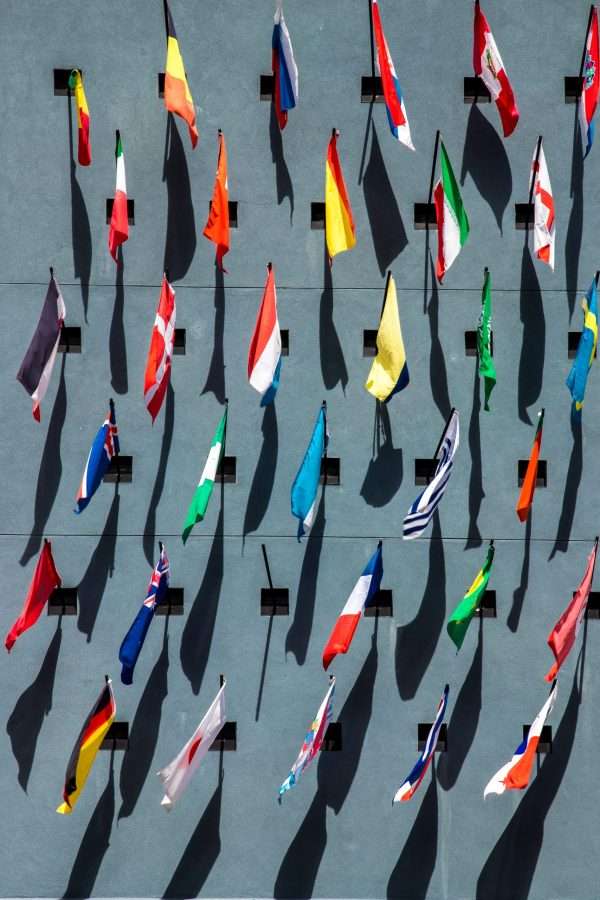 The Pentagon banned the Confederate and LGBTQ flags in one swoop. The Department of Defense sent out a two-page memorandum that sparked a heated debate. In the new memo, Defense Secretary Mark Esper listed the types of flags allowed to fly on U.S. military property. One flag that wasn’t on the list was the Confederate flag. Only flags on the approved list will fly in areas endorsed by the Department of Defense.

The guidelines extend to “public displays or depictions of flags by service members and civilian employees.” They also include “all Department of Defense workplaces, common access areas, and public areas.”

The Pentagon undeniably chose a time of national reflection and race reconciliation to deliver the message.

Today I issued a memorandum to the force on the display of flags at @DeptofDefense facilities. With this change in policy, we will further improve the morale, cohesion, and readiness of the force in defense of our great Nation. pic.twitter.com/YQPc3kxf4V

Obviously, the Pentagon has the right to set these restrictions in their jurisdiction. Here are the permitted flags:

Trump said he believes the Confederate flag to be a “freedom of speech” issue. As a result, the Department of Defense didn’t use the word “ban” in their memo. Neither did they list the prohibited flags. Therefore, the DOD could exclude the Confederate flag without opposing Trump.

General David Berger is the commandant of the Marine Corps. He said the flag [highlight color=”yellow”] “carries the power to inflame feelings of division.”[/highlight]

The Confederate flag has thirteen stars representing the number of seceded Southern states. Also, the blue X signifies their united act of seceding from the Union. Thus, the flag has been a source of contention for years in this country.

Throughout these years, some have argued that the flag is a symbol of our American heritage. They don’t believe in restricting a historic flag. However, others connect the Confederate flag to slavery, racism, and white supremacist groups.

Today’s protesters would challenge the former with a chorus of disapproval. In the light of Black Lives Matter and the memory of American slavery, the outcry is not surprising.

On June 28, 1969, LGBT rioted against a police raid at the Stonewall Inn in New York City. As a result, LGBT holds Pride Month in June. Moreover, in 2011 they revoked “Don’t ask, don’t tell”. Since then, the community has held its annual Pride celebration at the Pentagon.

Because of COVID-19, Americans will celebrate the 2020 LGBT Pride Month differently. Parades and marches planned for June were canceled. Instead, the LGBT community will participate in a number of online events.

Typically, people display the rainbow LGBT flag throughout June. An American gay rights activist, U. S. Army veteran, and artist, Gilbert Baker, designed the flag in 1978. It became an icon for the gay and lesbian political movement. Baker’s website lists the colors and meanings of the LGBT flag. Red is for life, orange for healing, and yellow for sunlight. Green is for nature, blue for serenity, and violet for spirit.

The LGBTQ community didn’t respond well to the DOD memo. Like the Confederate flag, their flag was also missing from the approved list.

The infuriated MMAA Interim Executive Director Jennifer Dane said it was “absolutely outrageous” that the Pentagon banned the Pride flag. Dane said the Pride flag was the [highlight color=”yellow”]”very symbol of inclusion and diversity. In what universe is it OK to turn an opportunity to ban a racist symbol like the Confederate flag into an opportunity to ban the symbol of diversity?”[/highlight]

On Friday, Pentagon spokesman Lisa Lawrence confirmed the memo’s meaning with an official statement. [highlight color=”yellow”]“The memorandum does not authorize public displays of unlisted flags in the Department of Defense.”[/highlight]

Straightaway, the MMAA asked the Pentagon to reconsider.

President of DOD Pride, Rudy Coots, also protested the memorandum. Coots said that banning the Pride flag will have [highlight color=”yellow”]“the opposite effect of the policy’s intended purpose of improving morale, cohesion, and readiness.”[/highlight]

The Trump administration rejected requests from several U.S. embassies. They had asked to fly the rainbow flag on embassy flagpoles for Pride Month.

When in Free Time Must Read: Gravity Falls Season 3: Confirmed

“The flags we fly must accord with the military imperatives of good order and discipline. We must treat all people with dignity and respect, rejecting divisive symbols,” Esper wrote.

The memo also says, “In addition to the American flag, Service members and civilian employees are authorized to display flags that promote unity.”

There were some angry responses to the words used in the memo. For example, the words “flags that promote unity” are subjective. Besides, the words “divisive symbol” cannot characterize every flag that didn’t make the list.

“By banning the Pride flag, @EsperDoD is essentially saying it is divisive and … telling thousands of LGBTQ service members and their families who have served this country that their very existence is divisive,” — MMAA’s @jenniferdane_

Will Goodwin is a gay Army veteran. He is also the government affairs director for the anti-Trump group VoteVets. Goodwin said that it was offensive that Mark Esper had declared both the Pride flag and the Confederate flag to be equally divisive.  “To equate it with a symbol that represented a denial of human rights is disgusting and a slap in the face of those members of the community who serve, or seek to serve, in uniform.”

Secretary of Defense, Esper, ended his memo with this. “What has always united us remains clear—our common mission, our oath to support and defend the Constitution, and our American flag.”