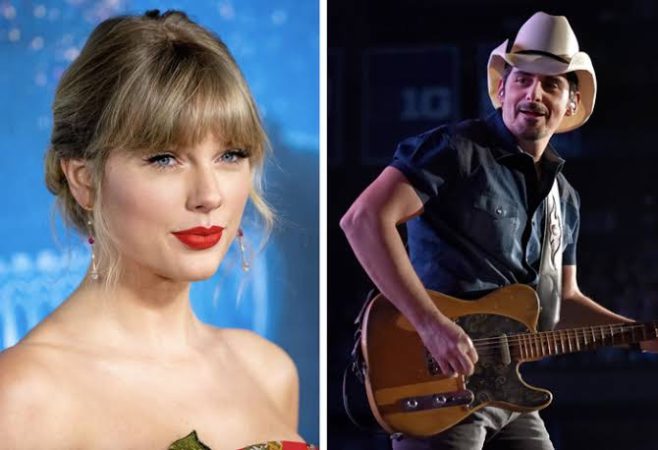 Taylor swift is replaced by country singer Brad paisley on Nashville Murals. But her fans are just don’t seems to accept this fact. Some welcomed his decision as she deviated away from the country genre in recent years. Therefore, Young Taylor ran country is trending on Twitter for quite some time now.

Let’s see why this happened in detail and what Taylor swift’s supports have to say.

It is always correct to say artists are made by their fans. They are someone who always supports you no matter what. Since this matter came to light her supporters were really making Nashville mural count her achievements.

Her album Fearless having most Grammy’s any country album ever won to her winning pinnacle award at 23. Fans know it all. However, Taylor Swift is really like a youth icon of country music and we can also agree on that. She also has one mural completely dedicated to her song  Me!

Reason For her replacement:

Taylor Swift was on Nashville mural for quite some time now. But the main reason might be her music genre has changed to more like pop vibes rather than a country. However, Her recent 2020 albums Folklore and Evermore can definitely bring her back to this country music game.

Although, Taylor swift’s genre is more country like. She never officially reveals her changing her music style or anything.

He is a country singer who debuted in the late 90s. Paisley,48 also made quite a name in country music. Having dozens of songs under his name.

Brad has replaced Taylor swift. Therefore, some backlash is given. When many supporting Taylor. He has also got supporters backing him up saying he is also a very talented artist. And deserve to be on the mural.
All we can say is fans should support artists and music. But degrading another artist is just not acceptable in any circumstances.

Also Read- Alexa and Carlos Penavega expecting their third child, see how they announced it.

Taylor swift is replaced by Brad Paisley but this things doesn’t make one artist superior than other. Both are great artists. And we enjoy listening to both of them.

Mads Mikkelsen replaces Johnny Depp after his exit from Fantastic Beasts 3
Alexa and Carlos Penavega expecting their third child, see how they announced it.