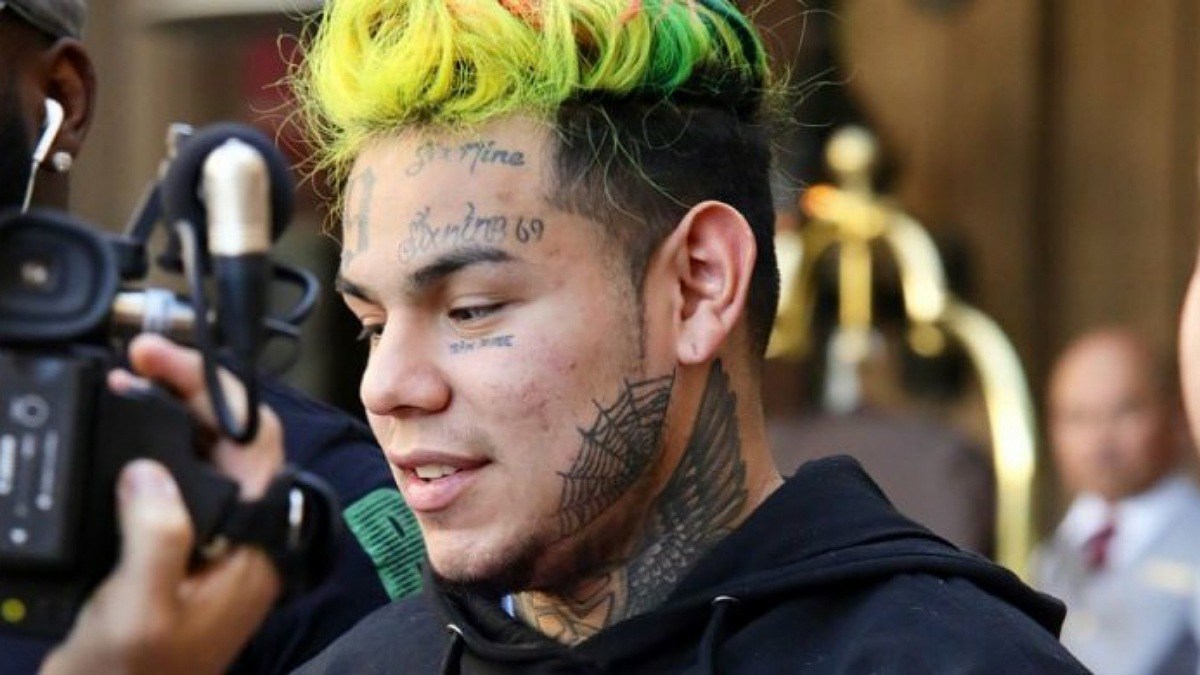 Tekashi 6ix9ine hospitalized for 2 days as he overdosed on a combination of Caffeine and a health supplement. They  released him recently and  is healthy now. He went to a hospital because he suffered  adverse reaction to multiple substances.

Tekashi 6ix9ine or simply 69 is a American rapper and songwriter and a convict. His real name is Daniel Hernandez. He was born on 8 May 1996 and it was in Brooklyn ,New York. 6ix 9ine has a flamboyant personality with coloured hair and a lot of tattoos. He comes from a simple family. His  song was titled 69 and was released in 2014. He became famous after the musical release.He was also famous for songs like  Gummo , kooda , KK  etc

Nikki Minaj  and 6ix9ine are collaborating for their next project TROLLZ. Both declared about the Collab on Instagram. Nikki Minaj is also an world famous artiste. She is also from in Queens New York.

Convicted in 2015: Tekashi 6ix9ine was convicted in 2015 after sexual abuse of a child. Feds  arrested him  for racketeering , drugs , robbery and other charges. He was released early from the prison due to the Covid pandemic. He was also a patient of asthma.

Weight gain after imprisonment:  He says he gained weight  after prison release and was very stressed about it . So he took 4 pills of the supplement Hydroxycut to lose weight along with overdosing on caffeine. Tekashi 6ix9ine claims he would sweat profusely even while just sitting in front of a computer.

Tekashi 6ix9ine was very health conscious: He would eat salads , drink plenty of water and go to gym regularly. He would eat fruits for breakfast , salad for lunch etc. In order to loose weight he would take the double dose of the diet pill. The double dose caused his heart to beat irregularly.