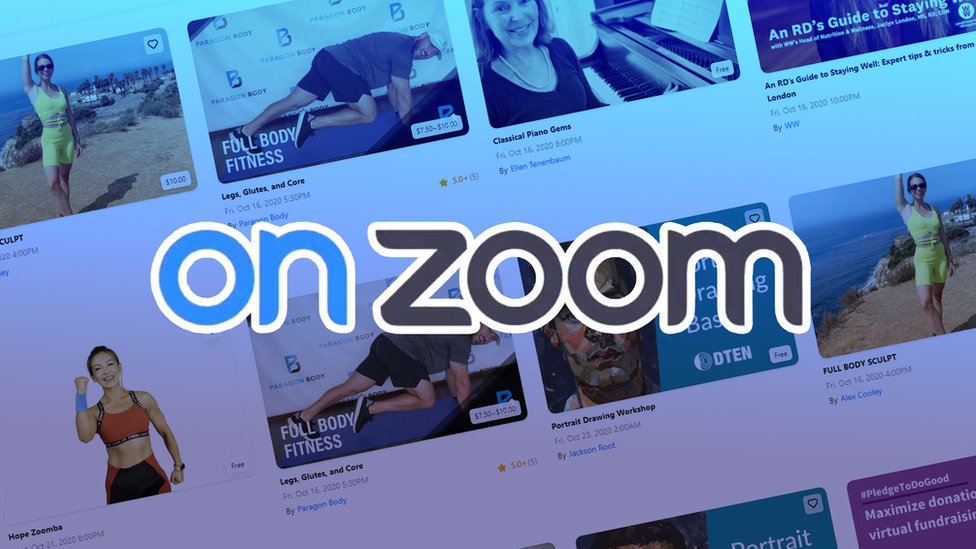 Zoom; the leading online video app for meetings; in an official statement mentioned that the platform will now expand to include paid events. The announcement was made on Wednesday; with an aim to provide support to performers, teachers and others to earn a living through their skills.

Furthermore, this latest service recently launched by Zoom will be known as OnZoom. Moreover, this announcement of launching OnZoom comes after a similar service was launched by Facebook.

Facebook had launched its service to facilitate people and groups in the organization of events due to the pandemic restricting the hosting of in-person events.

Eric Yuan; the founder and Chief Executive of Zoom; announced at the Zoomtopia conference, the launch of the new service. He further added, “The tough time we’re going through has taught us that working remotely is possible. The future of communications will now be an enhanced version of the best physical and virtual practices”.

Additionally, Zoom; the platform that has witnessed an increase in its users ever since the beginning of the pandemic; has now launched OnZoom. OnZoom will enable its users to host and monetize the events hosted.

Post the launch of the service events; such as concerts, fitness classes, shows and other such events; will now be possible to attend without physically being present through the platform.

The onzoom service; which is believed to be launched in the US market ahead of its availability in other markets; will allow for free or paid tickets. The users will also be provided with the option of donating to charity organizations in the process.

Zoom also said that no commission on the sales of the tickets will be expected; at least during the initial stages.

Furthermore, when asked about the security concerns that many of its users are facing; Zoom said that in the coming months it would roll out an end-to-end encryption test.