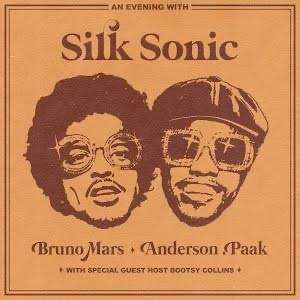 For those who don’t know Silk Sonic is the new band formed by Bruno Mars and Anderson .Paak and they performed at Grammys 2021. Marking their first official Live performance. They performed their Latest release. However, their names were not included in the list of performing artists. So, how duo got the chance to perform at Grammys? Let’s find out details.

why Bruno Mars and Anderson .Paak got the chance to perform at Grammys 2021?

This year many artists performed like BTS, Taylor swift, Billie Eilish and the list goes on. so,  why super sonic performed at Grammys? They don’t have any Nominations or any eligibility criteria.

Well we will tell you the reason. It’s all because Bruno Mars wrote Heart felt letter to Grammys asking them to let the Duo perform. He wrote : They just want a gig and that’s all. Due to covid it is impossible to artists to held Concerts. So, Bruno Mars ask them if they could perform and use Grammys stage for promotions. This newly Formed band just wanted to be on the stage. And ready to take several covid tests as well. Clearly Grammys allowed it therefore they performed Leave the Door Open their latest release.

Also Read : Everything to Know About the Grammy Awards 2021

Grammy finally accepted them as performers and they took the stage by storm. Guys on Brown suits performed really well.

If we have Bruno Mars singing and Dancing skills along with Anderson .paak’s Melodious Rap there is no way their live performance can go wrong.

Have you watched them performed yet ? If not click here to watch their full performance of their first song as band.