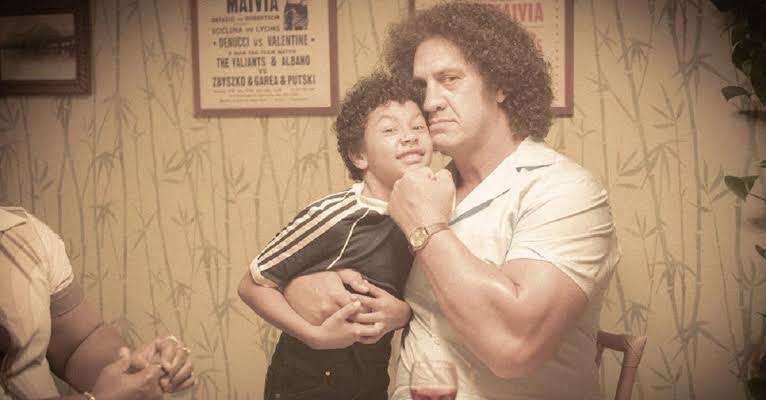 André the Giant In young Rock :

Young Rock released aired today, and The actor playing André the Giant’s role might feel familiar to you.  He is none other than former NFL player Matt Willig. He talked about the challenges he faced while playing such role.

“Obviously, being my size, there are few roles that come along where I can say, ‘That’s right in my wheelhouse, You add in me gaining weight and learning some French, and I definitely committed. But you never know how people are going to perceive it.” Said willing in his recent interview with Tv line.

It’s just one of those things I automatically do, I’m always very aware of my surroundings, as far as that goes… I don’t even think about it anymore. It’s automatic. Being recognized a little bit and being really large, just walking around in a Las Vegas casino, for example, there are tons of people standing there, and you can see and feel them looking and talking about you as you walk by. Especially after I got into this business, I realized how tall I really am, because the smaller you are, the easier it is for production and camera crews and all that stuff. I do sometimes feel like I am a big man in a small world.”

While talking about being Big man he is quite concerned that is he big enough to play André the Giant. After all he was known for his physique and has a great impact on the pro wrestling world.

In a recent Episode of Young Rock, Andre the Giant was seen spending day with 10 years old Dwayne Johnson and how it impacted his life. Episode is named as Day with Andre. Have you watched this Episode? Tell us in comments, how you liked Matt willig in this role? Or any other actor would have done it better?