Sending a Gnome into space in real life. As in Half-Life 2: Episode 2. Achievements earned only by placing gnome inside the Rocket and closing the hatch door. Seems like Billionaire Gabe Newell took this seriously.

How is it possible for chompski to have a space tour? :

Gabe Newell collaborated with Weta Workshop in order to create a titanium 3D model of Gnome chompski. Weta workshop is known because of their life-like 3D model. However, they have also created 3D models for Mulan and Avatar.
The Rockets labs will launch This 6-inch tall model into spaces.

Significance of sending a Gnome into space:

When people heard of this mission. They couldn’t help themselves but pointed out. Is it worth spending so much money just to send a gaming character into space?.

What they don’t know is, This mission has great scientific significance. Launching 3D models can ensure future probabilities of space. If this model lands safely. Space scientists can create certain milestones in research with the help of 3D models.
Rocket labs will launch 30 satellites with this model. Therefore it serves their purpose as well. You can watch chompski’s departure live on YouTube.

Gabe newell announcement in the context of gnome departure:

Gabe Newell released a video announcement about sending chompski into space. He briefed about the whole mission. And promises to donate $1 for every viewer who watches gnome’s departure within 24 hours. Newell will donate the whole amount to starship children’s hospital. Located in Auckland.

In Half-life 2: Episode 2 New achievement been added after 13 years.  It became possible because of the gnome’s departure to space. Therefore, new achievements in-game are related to this mission. Achievements will be added officially when gnome will take flight 16 for space.

However, at first, this idea is quite laughable. Like sending a gnome into space.  But When it uncovers it’s the entire purpose. It is not a bad idea at all. Especially scientifically it has lots of significance in space research.
And players are also getting new achievements in half-life so it’s all good. 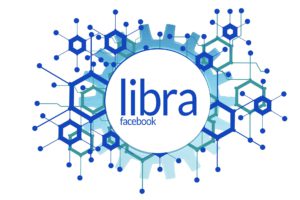