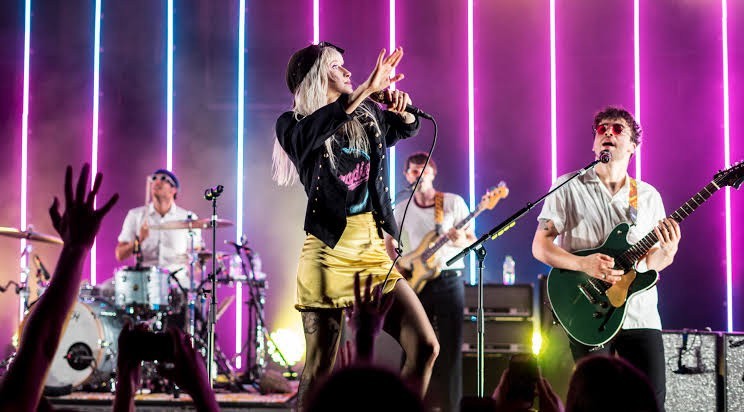 However ,she didn’t took any names but fans were quick to know who she was talking about.
she said :
“There is a reason there only 3 people left ‘Paramore’ ,surprise haters it ain’t cause of me”

In above statement is she hinting that member were asked to leave because of there homophobic beliefs?

She has also backed paramore saying paramore do not condone dogmatic belief .

If you have such beliefs feel free to go where all former paramore members have gone she added .

Hayley Williams on homophobic comment also added ,that we should not make any community feel hopeless.
Hayley has never been afraid to be vocal about such issues so her response is expected .

Recently a screenshot of Facebook comment is all over the internet ,Allegedly that is said to josh farro’s comment.
In the comment pedophilia is compared with homosexuality as quoted pedophilia is also a sexual preference.
It’s not the first time josh farro has caught being homophobic there are many instances of same .
Comparing criminal offence with sexual preference is just  another level of ignorance.    Josh farro has left  band in 2010 only.

Reasons for his departure was not clear earlier but seems like now we have one .

Paramore leader Hayley Williams on homophobic comment  has taken quite a troll on homophobes.

paramore is an American rock band formed in 2004.

williams and farro are founding members of the group.
All we know is falling is their debut album in 2005
Band also have many nominations and awards under their name .

Homophobia is just not okay in any scenario but comparing it with pedophilia is just on another level
Hayley Williams on homophobic comment is quite clear that every individual has their identity and deserve to be loved.
Your sexual preference can never define you as a person.
Every one in this world is free to chose for themselves .