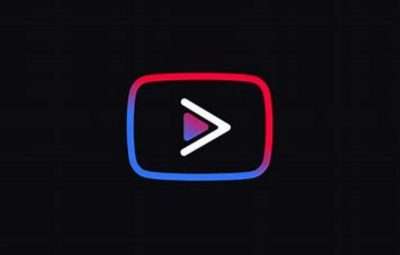 YouTube is the most popular free video streaming site in the world. Weather it is a music video, movie review, original series, or some other form of video media YouTube has it. Many users though are unhappy with one specific part, the commercials. YouTube like all other free media streaming sites has to sell commercial space on videos to stay open. However, many viewers don’t want to watch commercials especially if they pop up in the middle of a sentence. It has reached a point where many no longer consider it even worth the effort. It was out of this frustration that YouTube Vanced for the Android was born.

YouTube Vanced is the most popular of a series of mods that have been created for the YouTube. Mods are programs that modify the existing hardware or software of a program. Most mods are either permitted by the baseline program Company or exploits legal gray areas. In the case of YouTube mods, the primary Focus of each is to remove commercials. One of the reasons that Vanced is so popular is it has a couple of additional features. Some of these features include auto repeat, zoom in, and background play none of which are available with standard YouTube. All these features and blocking commercials have made YouTube Vanced anti-commercial mod for YouTube.

Installing YouTube Vanced in a non-related device is fairly simple. There are some requirements that have to be for the mod can be downloaded. After that it is a simple series of steps to set up and start watching commercial free videos on YouTube.

The main requirements for downloading and using YouTube Vanced is to first have access to the splits A PK installer. The next requirement is to download MicroG and the You Tube Vanced programs from the official website. Note that the file for You Tube Vanced should have a “.apks” at the end of the file. the reason you need to install MicroG along with Vanced so that you can log in. If you just install You Tube Vance on to your device the will not be able to login.

Four: click install and initiate the download.
Once both programs have finished downloading and initializing you be able to login to YouTube Vanced.
Then you can start enjoying commercial free YouTube videos. It is important to note that if the file for You Tube Vanced you downloaded ended in a “.bins” you’ll have to switch to Internet browsers. Once that is done you can download the program and begin installing. Also, if you receive a “App is incompatible” error message you need to take an additional step. When downloading select the “legacy” version of the file.

Installing YouTube Vanced in a router device is a little more complicated. The initial requirements remain the same as the non-rooted device. You will need to have the splits A PK installer. also, download MicroG and the You Tube Vanced programs from the official website.

1: disable the APK signature verification feature. This can be done in one of three ways. The first is to use a SmaliPatcher which does not always work. The second method is the use of Xposed + CorePatcher. The final method involves using the Yellow smiley warez app. You are to install this app and go to the toolbox. Once in the toolbox selects “patch to Android” then disable the APK signature verification feature. After that you can on install the Yellow smiley warez app.

4: Select and download the MicroG and You Tube Vanced files ending with “.apks”.

Due to the fact that YouTube Vanced was originally designed for Android. This means that it is not directly compatible with IOS. This doesn’t mean that there is no way for iPhone search watch commercial free YouTube. Though none of these variations have all the same features as Vanced. That being said they do provide the same critical one which is zero adds. Currently the top alternative choice for iPhones is YouTube ++. This mode is an only slightly altered variation on the standard to program. As mentioned, it doesn’t have all the features other mods. However, it’s the most stable on the iPhone and will disable all commercials on YouTube videos.

It is important to note that any mod involving you to is functioning in a legal gray area. since the program is not modifying YouTube application directly. Rather mods like Vanced alter how your device interacts with YouTube. This does meet the legal test most jurisdictions. However, it doesn’t hurt to double check. The answer is different if you read through the YouTube user agreement with an eye for detail. There appears to be a clause that prohibits the use of third-party apps in accessing the site. YouTube could make a case out of this. The outcome though would be determined on the interpretation of the contract and application of the mod. Regardless there are obviously millions YouTube video watchers that are willing to take the chance for ad free videos.