People focusing on Lizzo’s weight is making her annoyed

Imagine you have achieved many things in your life and still people recognize you from your skin color and your body shape. How do you feel about it ?

Her songs have millions of views on YouTube  when she is on stage she owns it .

She is one of the most talented artist and always been vocal about societies issues.

She has recently joined joe Biden’s campaign in Detroit Michigan as she was born in Detroit. She also actively participated in Black Lives Matter campaign

In an interview with David lettermen she has revealed many thing and how people keep focusing on her weight rather than her work bothers her.

Which is kind of true because people focusing on Lizzo’s weight is really shifting their focus from her good work. Having more than 9 millions of Instagram fan following you can get good and bad comments but Lizzo really owns it all.

She the world what is it like to be comfortable in your own skin . That is seething we all should learn. People focusing on Lizzo’s weight should also see her achievements rather than putting label on something.

In this interview Lizzo also reveal that she has she has a blue flute name blue ivy. As lizzo is a great flutist she has quite an exquisite flute collection and no tour to her house completed without exploring them.

She also revealed how she treated her depression and anxiety using psilocybin mushrooms.

She also shared her experience about her first protest against against anti-gay church group, “There was a church group that was coming in and they were protesting against gay marriage” she said so she did anti-protest. Lizzo is more than her body and color so people should see more within her. 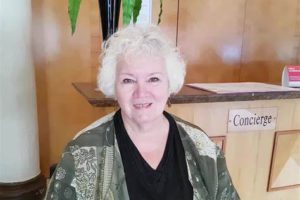 I’m a Celebrity line-up leaked, Has A Royal Connection!
Barbarians Netflix :What was the battle of Teutoburg forest