We all can agree to the fact that it takes a lot of courage for Popstars to perform with each other on stage. Mariah Carey Christmas collaboration has some news. Ariana Grande and Jennifer Hudson will perform with Mariah Carey.

There is a post on Instagram that gives a hint on Mariah Carey Christmas collaboration. The pictures are uploaded on Instagram by Mariah Carey. That photo has three chairs on the backstage with the initials “AG,” “MC,” and “JH,”. The initials stand for Ariana Grande, Mariah Carey, and Jennifer Hudson. The performance will be shown on Apple TV+ as Christmas special show. It will be released later in 2020.

The Instagram post on the Mariah Carey Christmas collaboration has hyped up the fans. It is clear to the fans that these phenomenal singers will perform together. Moreover, the post had a Christmas tree emoji on the caption. It has 97,924 likes and 5,545 comments. Lastly, Mariah Carey has more than nine million followers on Instagram.

The show is  “Mariah Carey’s Magical Christmas Special”. The show finalized in August 2020.

About the Popstars in Mariah Carey Christmas collaboration: 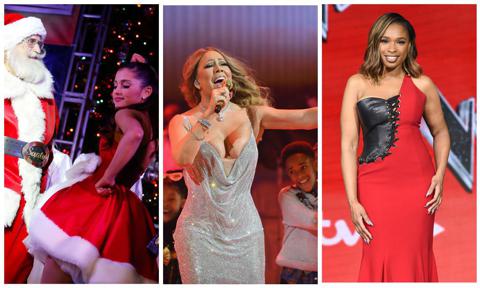 Ariana Grande is an American singer. Her full name is Ariana Grande-Butera. She was born in Florida. The singer started her career in 2008 with a Broadway Musical. Ariana is famous for her vocalizing and giving her songs a different touch. Her voice is unique in the music industry as she can cover any pitch. One of her best songs is “Side to Side”, “Thank you, Next”, “7 Rings” and “Problem”.

On the other hand, Jennifer Hudson is also an American singer. She has a nickname that is J.Hud. Besides being a singer, she is also an actress and a philanthropist. The singer became famous in 2004. She was in seventh place in the third season of American Idol.