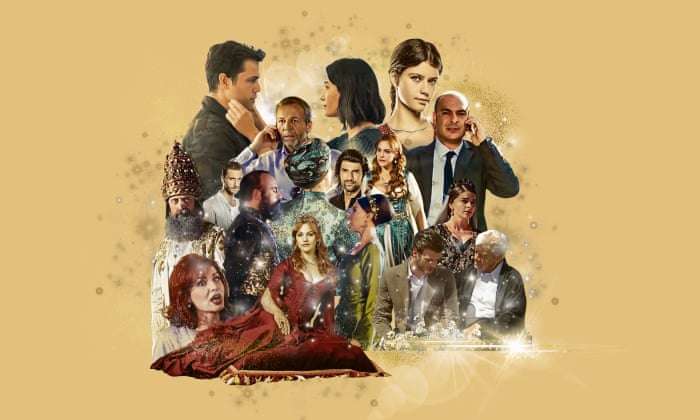 The first Turkish drama on Indian television was aired on 15th September 2015, Adını Feriha Koydum (Feriha) on Zindagi which had become a huge success. And from that time the Turkish TV Series has been very popular in India. So, today we will be telling you about some of the popular Turkish TV Series which you can watch here in India that too for free.

It is a Turkish romantic drama television series. The show premiered on June 15, 2016. It follows a workplace romance at a multinational fashion company Sarte. It stars Burak Deniz as Murat Sarsılmaz and Hande Erçel as Hayat Uzun. The whole series is based in Istanbul. The show gained massive popularity. Also, it is regarded as one of the famous Turkish modern era dramas. It is one of the best Turkish series. And is available for free to watch on YouTube as well as on MX Player.

It is also a Turkish drama series starring Burak Deniz and Hazal Kaya. This show is an adaptation of Shameless, a UK original series. It is having two seasons in total with one hundred and fifty episodes in total.

The leading character Filiz Elibol (Hazal Kaya), the counterpart of Fiona Gallagher of Shameless, has taken the role of the “mother” of her 5 siblings over the years: Rahmet, Hikmet, Kiraz, Fikret and Ismet because of the absence of their own mother. The family has a father, Fikri Elibol but he is an alcoholic and he never takes his responsibilities. The Elibol’s lives changed the day when Filiz Elibol meets Baris Aktan, played by the Turkish actor Burak Deniz, as a counterpart for Jimmy Lishman of Shameless Series. Though the Elibols are poor, Baris comes from a wealthy family but… he has secrets. Want to know what are his secrets and all about the lives of Elibols then you have to watch “Our Story”. It is available to watch for free on YouTube as well as on MX Player.

It is also a popular Turkish television drama series produced by Med Yapım. Starring Hazal Kaya, Vahide Percin, and Cagatay Ulusoy in lead roles. It is having three seasons with eighty episodes in total.

It is a story of a young ambitious girl, who belongs to a poor family. But with the dreams of making it big out in the world. Beautiful, intelligent, and young, and with the thirst to see and travel the world, Feriha works hard to secure a scholarship to a private university.

But the new life at the university, where she goes to study on a scholarship, which awaits Feriha, about which she has no clues, wraps its arms around her and spins her around. Coming from a poor family and intimidated by the riches of the people around her at the university, Feriha soon entangles herself in a whirlwind of lies and made up stories. Emir Sarrafoglu, a rich son of a rich dad soon becomes the center of attraction of Feriha’s world, and telling lies, her new lifestyle. Want to know what will Feriha do to keep up with the world of lies she built for herself. So, watch it for free to watch on MX Player.

It is also a popular Turkish television drama series which is an adaption from the South Korean show Tears of Heaven. This Turkish drama show was first released in 2017 which is having two seasons and ninety-three episodes in total. It stars Almila Ada, Berk Atan, Esra Ranabar in prominent roles. It is a story of an orphan girl whose name is Cennet. She was abandoned by her mother shortly after she came into this world. Although raised lovingly by her grandmother, she has always missed the affection and bond of a mother. It is available to watch free on MX Player in India.