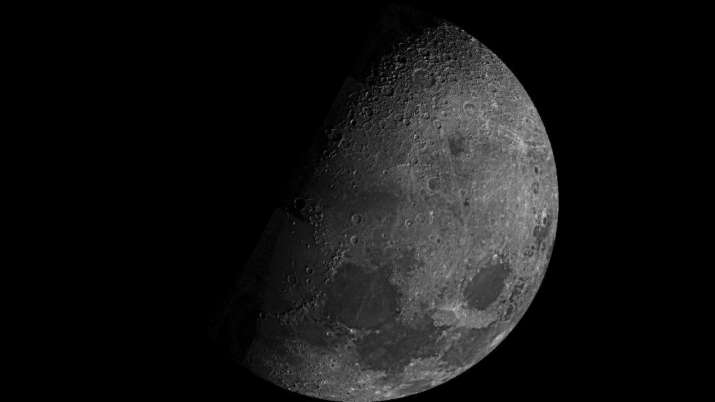 The moon covered in rust is puzzling to the scientists. Before we all knew that the moon is airless. Currently, there is a presence of hematite. It is a type of rust that is formed by water and oxygen.

Expecting rust on Mars is common. It has an iron surface with a combination of water and oxygen. The red hue appears to be evident because of the rust. However, finding rust on the airless moon is very unlikely.

Prior research on the moon covered in rust:

There were several studies on the presence of water on the moon since 2008. Indian Space Research Organization’s Chandrayaan-1 orbiter found water and different minerals. Chandrayaan-1’s Moon Mineralogy Mapper instrument also known M3 was built by NASA is to detect the water and other minerals available on the moon. The University of Hawai’i claims that the water interacts with the surface to create the minerals.

The professor from the University of Hawai’i  says “It’s very puzzling, The Moon is a terrible environment for hematite to form in.”

It is important to know that the sun sends solar winds to the earth and the moon. As a result, hydrogen is created and it is a known fact that hydrogen makes it harder to form hematite. Earth has its magnetic field to prevent the hydrogen but Moon does not have a magnetic field.

There is some explanation behind the rusting.

The moon covered in rust will have an explanation when future research and missions will begin. The earth is sending some of its oxygen to the moon. In 2007, Japan’s Kaguya orbiter did discover oxygen from the earth can travel about 385,00 kilometres. It is known that this happens from the earth’s upper surface.

Chandrayaan-2 completes a year in moon orbit, has adequate fuel for seven for years: ISRO