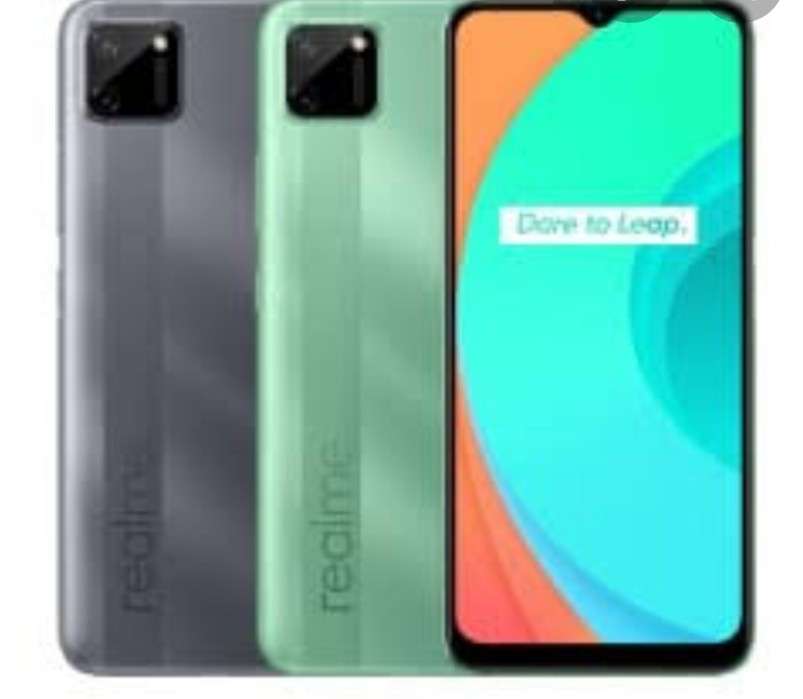 Realme C11 launching today in India!!    Company is launching the latest phone to its series today that is C11. The official launch of the phone will be today. The smartphones specifications and prices and other details will all be disclosed through an online event.

The smartphone was already launched in Malaysia, last month. It is expected that it’ll have a huge audience attracted to it. As it is the worlds first smartphone coming packed with the MediaTek Helio G35 processor.

Also, Realme has a change in its rear camera style in this model. Which makes the look of this phone a little different and attractive.

The C11 model’s main feature is that it is coming with the latest processor that is MediaTek Helio G35. It will have 2 GB of RAM. Also, have an extendable storage option along with 32 GB of internal storage.

The smartphone runs on an Android 10 module. The phone has Two rear cameras that are 13 megapixels plus(+) 2 megapixels of the depth sensor. The design of the rear camera is also different. Also, a front camera of 5 megapixels is there.

There is a good battery backup of the mobile that is 5000mAh. The mobile weighs 196 grams. Also, just like any other smartphone, it has basic features like WiFi connectivity option, Bluetooth, GPS, 4G VOLTEE and the list goes on.

To watch it view https://youtu.be/-hUmwsVC5O0

The phone was launched in Myanmar for MYR 429, which would be Rs. 7,600 in Indian currency. But, it seems like the actual price in India would be more. The price of the C3 model was Rs. 6,999. Later, the cost increased due to GST. So, the new model is obviously expected to cost more than that.