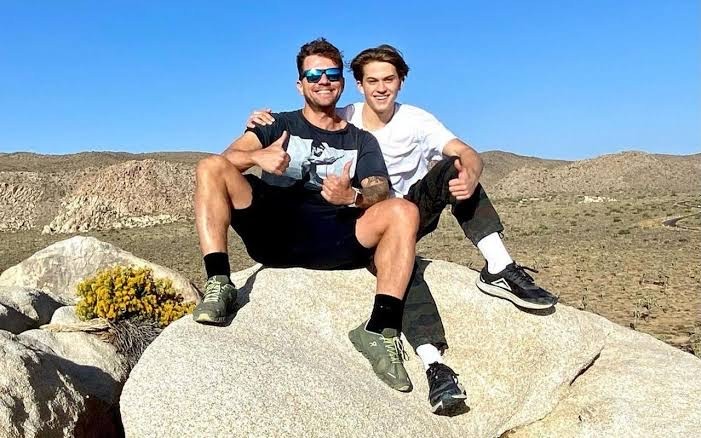 Ryan Phillippe gave his son a surprise as an Alien hunting trip. This was Ryan’s son Deacon’s 17th birthday and he decided to do something fun with his teenage son. But the trip was not the same as expected by the father.

See, what went wrong on this trip.

All Ryan Phillippe wanted is a father-son bond and some time alone. Ryan told his 17-year old that they are going on some road trip. But He rented an alien-themed Air BnB as the theme of this trip is alien-hunting got everything set up. He even installed an app recommended by UFO expert Dr. Steven Greer. This app will help you with alien contacting.

But to their surprise, their trip went wrong when there is no signal in their cell phones to even use that alien hunting app.  However,  the best part of the trip was they got time together for father-son bonding. But Aliens were nowhere to be seen. Ryan Phillippe has a son Deacon Reese Phillippe with Reese Witherspoon now his ex-wife. They got separated in 2008. The couple has 3 kids together.

Deacon is interested in music he released his first track long run in July and the second music track in October.

He is focusing on EDM and country music he is really a talented teenager. Got his parent’s artistic genes. But he is really happy as he is getting recognized for his own talent rather than his parents.

Would you like this kind of trip for your birthday?