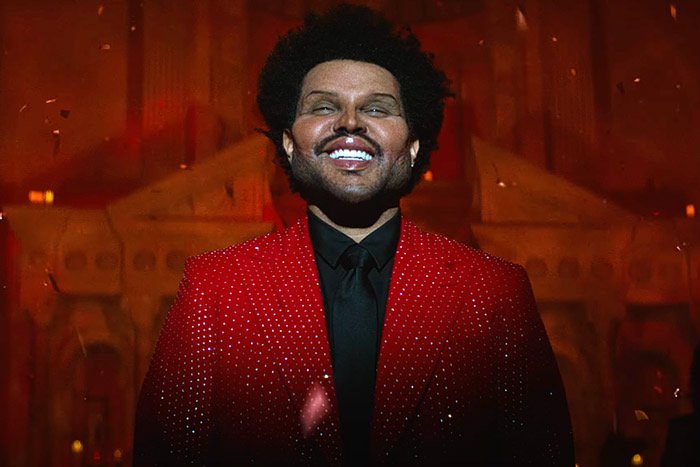 The Weeknd’s save your tears :

The Weeknd’s save your Tears music video is out and making headlines already. The Weeknd is always known for his music and videos. But this time people featuring in the video are topics of discussion.

See, why Selena Gomez is featuring in The Weeknd’s new music video and more about his Botox and lip fillers. And last but not least about his song.

The Weeknd got Botox and lip fillers :

Seems like The Weeknd can’t really feel his face and he means it! In The Weeknd’s save your Tears video we got why he was wearing bandages in AMAs. However, even after lots of lip fillers and Botox, you can still recognize him, wondering how? With his great music.

Even with all those hypes about his face and all he still managed to divert his fan’s attention to his music. So while he was talking about Grammy’s being biased there is some base to it. Well, we can only wonder.

Watch/ Listen The Weeknd’s new song here and be the judge and while watching wonder is it, Selena Gomez?

Selena Gomez in Weeknd’s Save your tears?

When The Weeknd dropped his new song his fans and of course Selenators can’t help but see the similarities. The resemblance is just uncanny. These speculations are also being made as The Weeknd and Selena has some dating history together. However, it all ended, within a year but seems like Weeknd wants some closure.

Also Read – Snoop Dogg and Eminem Are in A Diss War: Full Beef explained and Dr Dre’s take on the fight

Have you watched this video yet, if not then have a look at this photo and decide whether is it really Selena or we are hallucinating.