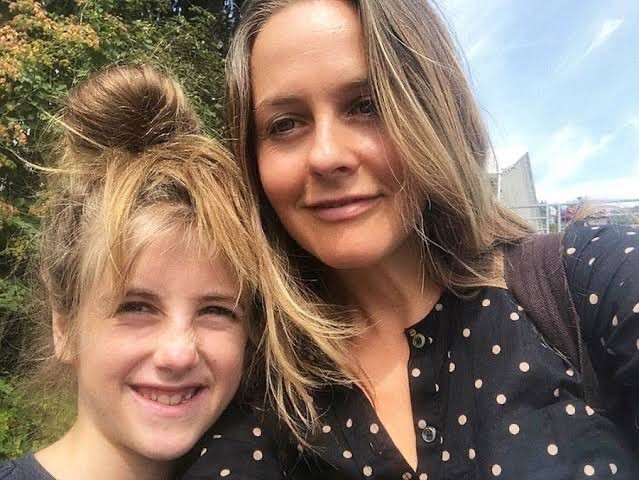 Alicia Silverstone’s son is a model of health :

Alicia Silverstone in an recent interview with Entertainment Tonight called her son Bear a perfect model of health.

She promoted Vegan i.e, a completely plant-based diet. Alicia said it has made a difference for her 9 years old. Therefore she wanted the world to know about this miraculous diet.

What else she told about her son’s diet and health let’s see in detail.

Alicia Silverstone and her son have been on a vegan diet for 3 years. She has really proved her point here as her son is active and in good health. It is not necessary for a kid to have Animal produce to be in good health. Mommy Silverstone even called bear a child who is completely based on plants.

Well, Mommy Alicia said so in an interview. When 9-10 years old kids known for their mischievous behavior and eating and being a sick bear is completely different from kids of his age.

While talking about how active her son is Alicia Silverstone also revealed that Bear Never had Antibiotics. She recalled only twice her 9 years old was not feeling and got active again in a matter of a few hours and all thanks to his vegan diet.

Alicia Silverstone said Bear is a good child because he feels good from inside. She doesn’t shout at him she never had to. Unlike other kids, he is more active and always in a good mood.

Is Vegan diet is scientifically proven for kids?

while Reading this especially parents have wondered is this diet is safe for kids. As Alicia Silverstone swear by this diet is it completely safe?

All we can say is, it is a matter of preference what diet you are considering for you don’t matter as long as they are eating healthy and in moderation. However, talking about a vegan diet is completely safe and contains more fiber as it has more fruits and veggies than other diets.

Also Read: How Jimmy Stewart’s serving in Second World War shaped It’s a wonderful life And how world got its first Holiday movie ever.

What do you think about this diet? Have you been following any diet lately?