Since the introduction of the Amazon Echo dot speakers, it has been described as a beginner’s way to make your house smart, with voice commands such as turning on the lights, making announcements to the whole house as well adjusting the thermostats. Including a built-in voice assistant to help you answer whichever questions you may have from the time to playing music or the news, just to name a few.   In 2020 we saw Amazon extending their echo dot smart speaker product line with the introduction of amazon echo dot 4th generation. The design of the product is a breath of fresh air from the traditional design of the amazon echo speakers, with it being shaped in a sphere with the size of a baseball this is different from the previous designs which took the shape of a hockey puck, with its puck shape.  The distinguishable design wasn’t the only new thing with the amazon echo dot  4th generation; below we will go into detail about the changes.

Not to mention the obvious change in design from the punk shape we are used to to the now sphere shape, the now 3.9-inch device is covered in either blue, dark grey, or white fabric. The new dot is two inches more in height than the previous models making it appear slightly larger than its predecessor. The bottom is made flat with plastic material to avoid it from rolling off your flat surfaces. The buttons are now integrated into the fabric on the echo 4th generation as compared to the previous models where the buttons were on the hard plastic on top of the device. Another noticeable change in design is the blue ring light that appears when Alexa is listening, which has moved to the bottom, making it look like a spaceship., which was previously found on the top of the device in previous models. With these new designs, you can opt to get the echo 4th generation with a clock or without.

The previous designs of the echo dot had the fabric all around the design allowing the sound to come off from different directions of the device. You could literally mount it on the wall or just place it on a flat surface the crisp clear sound will fill the room. The new design however has the fabric covering the front and the top of the device has the sound coming off in a more forward direction. The best way to place the device to take full advantage of the sound is placing it in your direction with the back plugged in. the 4th generation comes with 15-watts supplies, which is the same as the previous model, which makes me assume that the new dot did not get much of an amplifier boost. Also considering that Amazon did not mention any details about the echo dot amplifier.

The echo dot 4th generation has now introduced the Zigbee Controller and Amazon Sidewalk indicating an increase in functionality. The Zigbee Controller allows you to control devices that are connected to the Echo dot. The Amazon Sidewalk in the Echo dot 4th generation allows for a wider range of connectivity, even when the Wi-Fi is down you will still be able to connect to your devices and with an increased range you can connect to devices and motion sensors in your lawn outside. Communication with the new model is easier, Alexa is clearer, crisp, and pronounced as compared to its predecessors and Alexa’s response time is much quicker. as for the functionality of Alexa much hasn’t changed in that aspect. 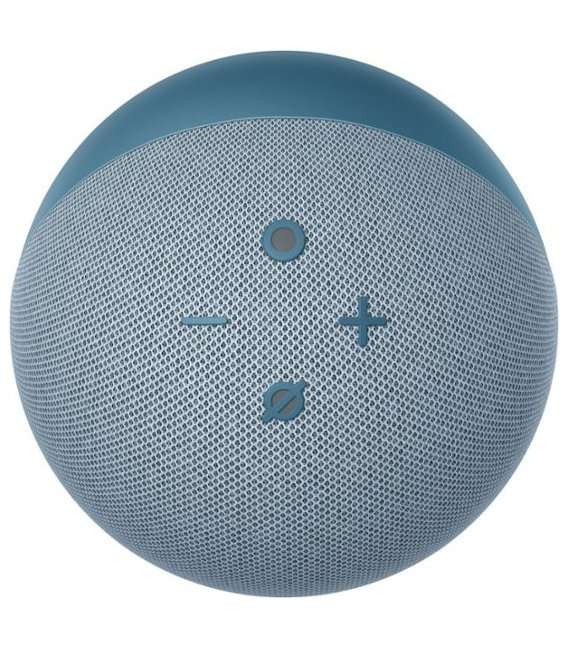 There are undoubtedly significant changes in the design for the echo dot 4th generation as well as some changes in the audio and sound which is especially felt with Alexa. Whose response time is quicker and is more clear and pronounced. Other than these changes there isn’t much change to it. If you already have the echo dot speaker from previous you may not feel the difference so I would suggest you wait for the prices to be discounted before you purchase it, or get the larger one if you are looking for a smart speaker with better sound. But if you do not have an Echo dot device I would suggest investing in the echo dot 4th generation.