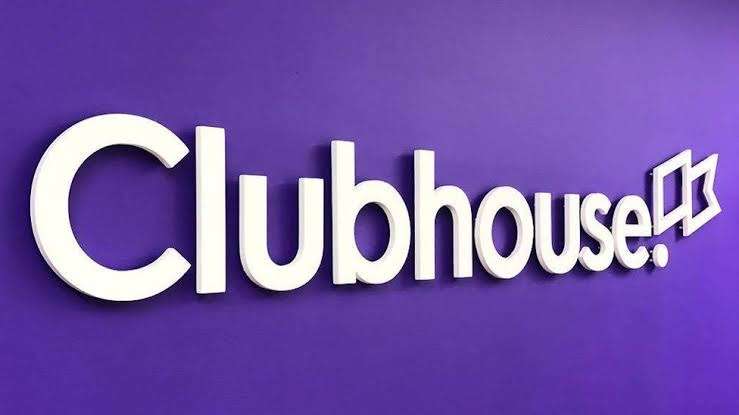 Clubhouse App has been Everywhere since Last year. If you are Not Really familiar with this here is what you need to know about this App. How to use it? Its Features and can you consider it for Long Run. Every detail of the Clubhouse App Explained here.

2020, was not that great year for all of us but it sure has Departed Us to Virtual World. In an attempt to bring the world Closer while we are socially distant there were several Apps introduced. Some got immense popularity and some ended with 2020. But Clubhouse App seems like a bit more Promising as it is everywhere till now. And we are pretty much sure if you are Here Reading this, you have Heard this Apps Name at least once. Why clubhouse Developed by Paul Davison and Rohan Seth having an estimated value of $100 million reached the $1 Billion Mark in just a year?

So, let’s start with the basic what is Clubhouse App and How to use it?

What is Clubhouse App?

Now that Definition is quite up to the mark and you’ve got the idea of what this is exactly all about. So the question here is why is it hyped and what makes it Unique from other Applications. As we are willing to Audio chat we can simply call someone or there are several features available on different apps on which we can Audio chat. So let’s Figure out why Clubhouse is Unique.

Also Read: Mandy Moore called out An Interviewer Who Canceled On Her After She Declined To Talk About Her Past Abuse

Why Clubhouse is Different from other Social Media App?

As mentioned earlier its Users Exclusivity makes this Application Quite different from One another. Wondering How, to get an invitation? We will cover it Further. For now, let’s see what is so different and what is this hype is all about.

So Talking about its Audio chat feature you can Listen or speak in Clubhouse Chatroom in which You are invited. When you joined a certain Chatroom You are automatically muted when you have to speak you can turn on your Mic. Features like Raising your hand when want to speak contributes to its uniqueness. The clubhouse is not an old App and launched in 2020, but it is Getting great Responses from its Users.

One person would play guitar, another piano, another would DJ a beat, and we’d all go around spitting rhymes.

The technological ability to have a live, impromptu, relatively in-synch jam sesh is astounding

Someone Hearing your Conversation can be Creepy, but it’s so much fun when you Invite those listeners. It’s Like being a part of a Discussion, without Really saying much. Listening to the conversation while doing your work is like listening to an audio broadcast in which you can keep your point of view. Many celebrities and Public Figure has Joined Clubhouse and Elon Musk’s Meeting has uplifted its Market value more than Ever.

The Clubhouse is an IOS Exclusive App, for now, it will be available for Android sometime. As per its description in App Store. So, unfortunately, Android users had to wait until this app is available for their Devices.

How to Join Clubhouse?

Now, let’s cover this Frequently Asked Question about Clubhouse. First of all, you need to have a friend with Extra Invitation ( We make Friends, for times like this after all). This is the kind of App that only installation is not necessary. You have to ask someone who already has an extra inviting link to join. While joining this App you get 2 Invitations you can invite your family or friends using them.

As clubhouse is in its initial stages, there are certain glitches to this app. Few users complained that they are unable to join this App even after having invitational links.

Is Clubhouse Better than Discord?

While comparing Discord and Clubhouse there are several points we have to keep in mind. There are several features that are similar in the given apps. In Discord, you can also talk, share ideas, and get connected with many people. But Major Difference here includes that once chatting sessions End Chatroom in Clubhouse Disappears, while you can have access to the same group or Chatroom in Discord at any time even after you disconnected. As Clubhouse App Explained its user’s policy for its Invitation, this is not the case for Discord.

Answering the question is Clubhouse better than Discord, this Two apps have completely different targeted Audiences. As Discord is Famous among the gamers worldwide, Clubhouse is Gaining attention as more like Idea Sharing App. So, it depends on which user is using this App.

Is Clubhouse Safe? And it’s Future.

The clubhouse is Safe, as it is Exclusive and inviting known users at least For now. The safety of the App is determined when its users increase. Once this app will be available for different platforms we can quote for its safety in detail. For now, as an IOS exclusive app, this is safe. However, use any new application with proper decorum and guidelines.

As, for the future with its unique features, the clubhouse seems to be promising. And have every potential to become your go-to Social Media App.

If, you have any queries regarding the Clubhouse app comment below and ask. And stay tuned with us for further more updates on its Android availability. 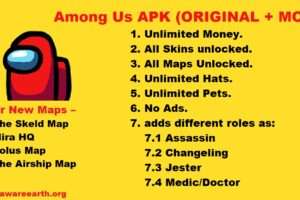 Among Us APK (ORIGINAL) + Among Us Mod APK (All Unlocked, adds Assassin, Changeling, Jester, and Medic/Doctor roles) Download [April 2021]