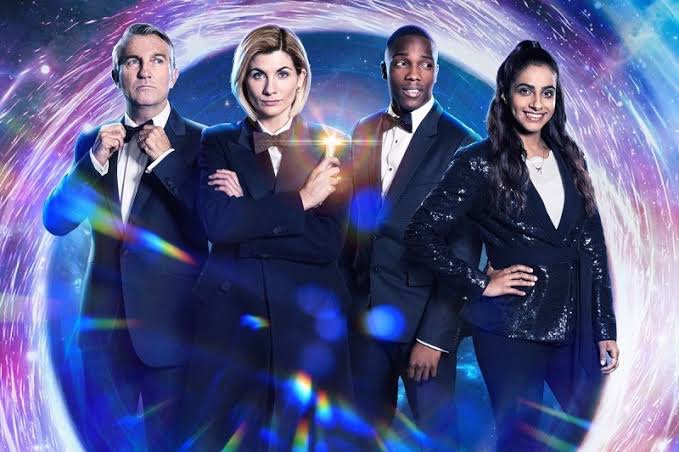 All about Doctor Who special Recap and all you need to know about this series. There is a new trend going on for some years that doctor who premiere on New Years’. And this strategy works wonders and managed to hook millions of viewers.

So let’s get into Doctor Who Recap …..

Recaps for Doctor Who New year special (2021) “ Revolution of Daleks”:

Doctor Who 2021 sure has given some nostalgic experience to series veteran fans. As it went back to its old concept.
Season 12 ended with Doctor in Jail as she commits some unknown crime in her past life. Season 13 also started with her in jail surrounded by fellow prisoners or calling them monsters by their looks is more precise. Yaz, Ryan, and Graham deserted somewhere far away from Earth. Barely hanging their without Doctor that’s when they heard of storm “Dalek”. Now the big question is how will they fight this without Doctor. Luckily they have captain Jack. He helped Doctor to escape prison …. nothing is so shocking here as we have not expected it.

Doctor Who special Recap would be incomplete if we did not add Donald Trump look-alike or we may put it as behave alike. He can do anything just to be in power be it selling humans to Daleks. Jack Robertson’s line “This is why people don’t like experts” made us think about where the creators of the show got their inspiration from. Apart from all prison escaping and political points of view there were definitely some fun elements to the show as well. Bradley Walsh and Ryan are there to add this.

Every point apart this episode really took back to the 2005 Doctor who era. Added Tardis Daleks and other elements. But Doctor is still confused about her original origin.

Where to watch Doctor Who?

You can watch this series on BBC networks or on Fubo TV.

Many nostalgic events in the episode having many fun and emotional elements. Some new faces and some old ones remained. Overall it’s a great series and definitely worth watching.

But one drawback came to light as this series was more focused on the mystery and spy genre. some fans complained as this is originally science and fiction and they have to stick to that. What do you think about this.

Have you watched this episode Returns of Daleks yet? Do you like it?