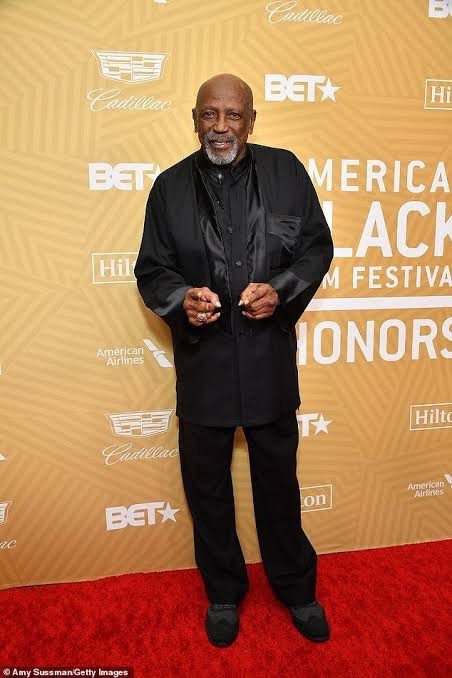 Louis Gossett Hospitalized for COVID-19 complications but chose to Home isolate instead. Since last year, the world has become restless because of this pandemic. No one really knows what to do anymore. It has hit many celebrities as well and Gossett is one of them.

so let’s See why this Oscar winner left the hospital after being critically ill.

His Experience with COVID-19:

Having covid is never a pleasant experience some are asymptomatic while some are on inner battle only warriors who fought this will know. Later in the case of Louis. While sharing his experiences he advised to wear a mask and follow every COVID-19 guidelines.
Because we can only win this battle with people’s support.

He left the hospital because he was afraid of death. While Louis Gossett hospitalized he was in a special ward where all critically ill Covid-19 patients kept.
Watching those nerve-racking deadly scenes has been really hard for Louis. Therefore he chose to left the hospital only after two days. Despite being critically ill according to TMZ. He also revealed it was like a s*** show inside.

How is home isolation for Louis Gossett so far?

He was not really in good condition when he left the hospital. Even doctors advised him not to leave the hospital. But he is doing pretty well for now. He is home isolating with his son. He is recovering well. But the covid threat is still there. We can only pray for his early recovery.

How Gossett’s is Family dealing with this crisis?

More or less 2020 has taught us we couldn’t really survive this pandemic if it’s not for our friends and family. Gossett’s family is also handling this well. He is home isolated with his son. And his family asked his fans to write letters for his support. This will definitely give him a reason to smile more.

Also Read- She-Hulk info has fans excited, and here’s why you should be too: She-Hulk estimated release date, cast and more