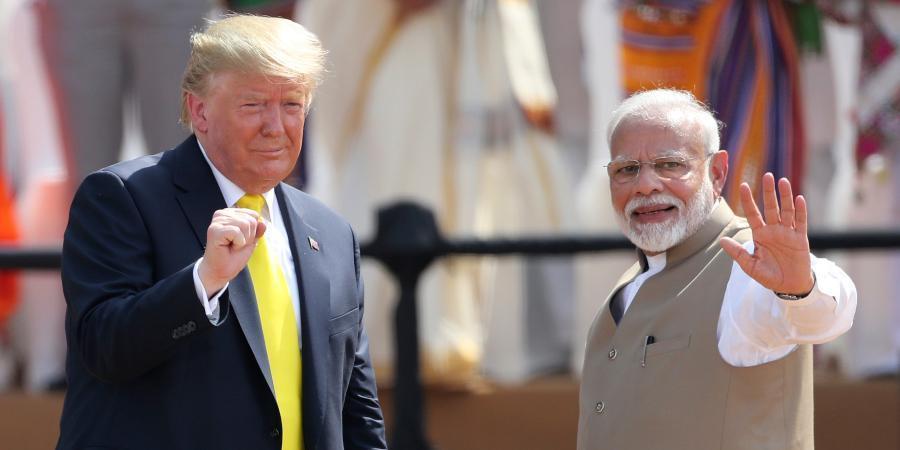 There is an intense situation in America. This situation regarding the upcoming presidential elections. Both the parties competing for President’s seat have an eye on Indian-American votes. To win the hearts of these voters Trump has released a video with Indian PM Modi. This video is compilation of clips from “Namaste Trump” and “Howdy Modi”. The video is captioned “4 More Years”.

It is great relationship with India and our President enjoy’s it. The support from the Indian American is also great and has a lot of impact. Donald Trump Jr. tweeted. The video consist of a clip of Modi saying “Mr. President you had introduced me with your family in 2017, now its my turn to introduce you to my family”. Then the video jumps to the clips from “Namaste Trump” making him visit the America’s first leader to visit India. There are also clips of both of the leaders hugging each other and the first lady of America waving to the Audience.

The quotes like “America loves India”, “America respects India” and “America will always be loyal and faithful friend to the Indians in America” are the points where the people will get to know that this video is just for seeking votes from the Indian Americans.

On the other hand Biden’s campaign also consist a lot of efforts in favor on the Indian Americans. In the virtual Independence Day celebration of India, Biden spoke that how the Democratic Party will stand in support of the Indian American if they are in any kind of problem.

These campaigns from both the parties have confirmed that Indian American vote will play vital role at the time of final elections. As both Trump and Biden are wooing the Indian American with an eye on the battleground states of Michigan, Wisconsin, Pennsylvania and Florida, which are likely to be won and lost by wafer-thin margins.