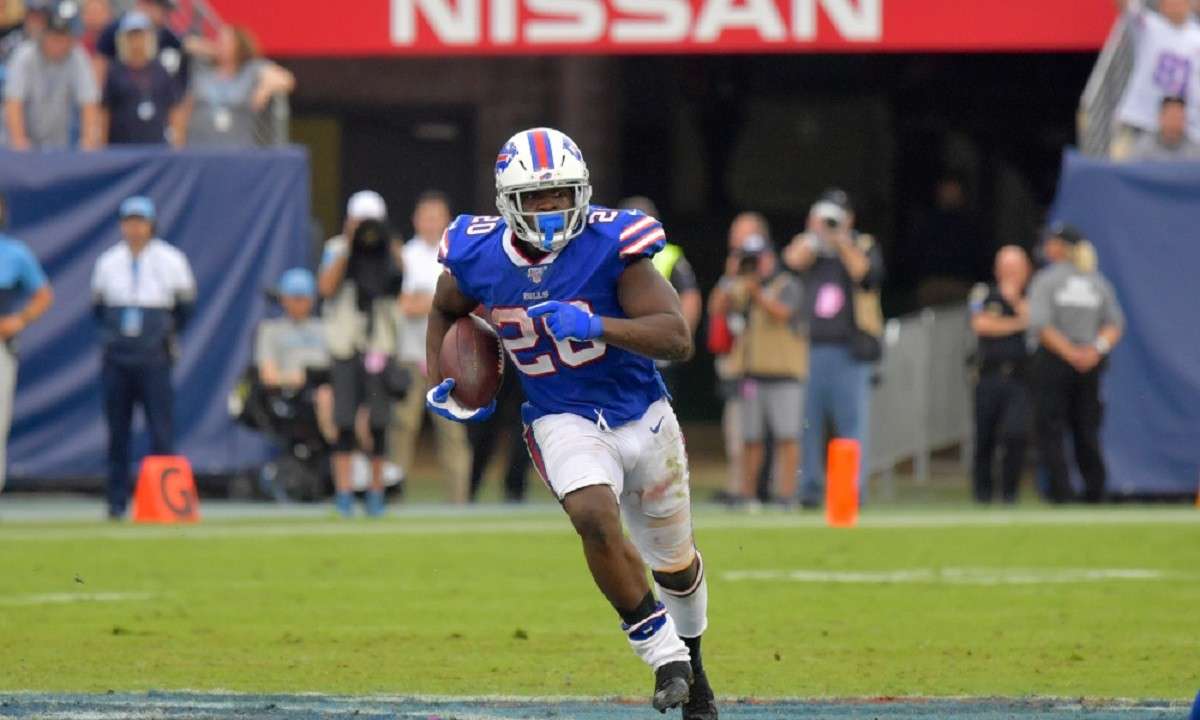 Frank Gore, One of the American football league’s NFL Star running backs has signed a one-year contract with the New York Jets. This will be his 16th season in the NFL’s as a team’s running back. He is now post to break several long-standing records in the league history, though at the moment it doesn’t look like he’ll be able to. Due to the coronavirus pandemic. Despite that and all the other potential challenges Gore just keeps on running forward.

Anyone who isn’t familiar with the American football league will probably be wondering why this is such an impressive achievement. The answer to that question would be the fact that most running backs In the NFL have an average career length of 2.57 years. This is considered the shortest career average for players in the league. The simple answer for the length of career is that running backs are one of the players. That get tackled most often in the game.

This makes gores 16th season very impressive due to the fact that he’s only missed Two regular-season games over the last nine years. He also holds the league record for having run over 500 yards a season for 15 consecutive seasons. Which not surprising considering he’s playing over the course of his career combined total of 430 games. Whether the secret to success is his speed, be able to take a hit, or something else there is no doubt that he risen above the averages is an outstanding player.

How the game is played

American football is a very contact intensive sport, in that the players are actively trying to knock each other down, not on like hockey. The game is played with two teams each putting 11 men on the field. One team starts in possession of the football and attempts to advance down the field starting from the 50-yard line (the field is 100 yards long). The opposing team attempts to prevent their advance and gain possession of the football.

This is done by intercepting passes, recovering fumbles (when the ball is dropped), or stopping the possessing teams advance down the field for four attempts. A game is broken up into four 15 minutes quarters at the end of the fourth quarter the team has the most points wins. Points are scored usually by touchdown (reaching the end of the field) or field-goal (kicking the ball through a goal).

There are specific rules for when tackling is permissible. An example would be, no player can be tackled unless they are in possession of the football. This is one reason why running backs are prone to injury. A running back is a member of the possesses team who tries to run the ball back to the opposing teens end zone (opposing teams end of the field). As a result, once he comes into possession of the ball, he becomes a target for every opposing player to tackle or force out of bounds. Most running backs have very short careers if for no other reason than suffering career ending or potentially career ending injuries.

Another reason Gore’s choice to sign a contract with the New York Jets for his 16th season is that no games in any sport have been played yet. The coronavirus pandemic has shut down many sport leagues worldwide. Most notable amongst these would be Baseball, Cricket, and Soccer. In the United States the entire American baseball league has been for all intent and purposes canceled. Though too many a disappointment it would not be the same as a similar outcome occurring for the NFL. While baseball was once the most popular sport in the United States it is slowly lost ground to American football. With 58 days of no other sports having been played events surrounding leagues that appear to still have a chance at some sort of game season help keep spirits up.

Frank Gore does not have the same notoriety as other players in the NFL he is still a popular player. While he’s not to football, what say Beckham is to soccer his notoriety is quite high. However, if Frank Gore continues playing in the league that will perhaps change. He is currently poised to break the standing record for most games played by a running back in the NFL (currently held by Emmitt Smith). By the end of another regular season he could reach the NFL’s second place position for most rushing yards, with potentially the season after having him become number one.

Also, at this time he holds the league record for 15 consecutive seasons with 125 rushing attempts. It is also possible that he will become a household name in a few years for another first, playing on the same NFL team with his son. Frank Junior Gore, Frank Gore’s son will be starting college this fall and is a running back. It is quite possible that in the next five years both could be playing in the NFL potentially on the same team. Whether or not this comes to pass Frank Gore has already left an impressive mark on the history of the NFL.

Healthy diet plan during Lock down

About MS Dhoni and his quarantine schedule

About MS Dhoni and his quarantine schedule