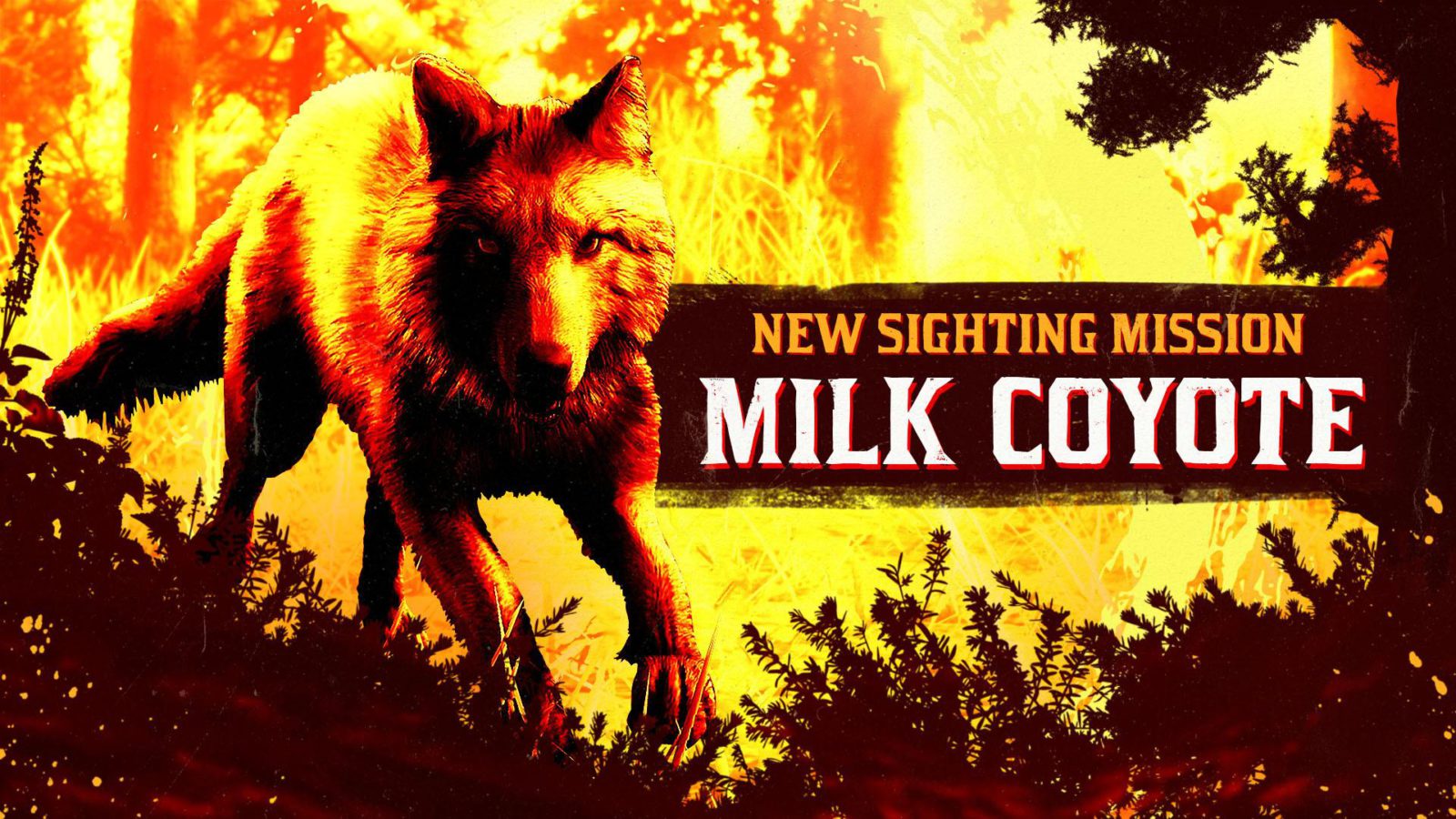 Red Dead new mission is popular for it’s back to back new addition to the game plot and for its exciting rewards. It is an online game that is popular among the youth for giving an exciting haunting experience.

The popular game is based on 1899 American life when the robbery was at its peak. There were robbers around black water who lived upon robbery. Rockstar game blended the game with all classic features in a modern rapper.

Red Dead from it’s beginning to grab a huge gamer attraction for the exciting rewards and features. Read Dead new mission carries forward the charm with the introduction of all-new Milk Coyote with pale and glowing eyes.

The Milk Coyote dens nearby, so expect it to travel in a pack.

The new Milk Coyote is roaming around black water, by sighting which one can win exciting rewards for 40% off. Before one starts the mission speaking to Harriet is must get big discounts on items of your choice.

Not only that Coyotes blood is going to give you another 40% discount for other lots of items. One can take the Gus also as after slain the Milk Coyote it’ll turn the pelt into a coat. By which the players can equip themselves and get themselves ready for the next haunt.

Apart from Milk Coyote, there are many more exciting rewards are waiting for players in the game store. A series of new apparel introduced in the store. One can get two new hats to begin with the mission. Players can own a new jacket as well.

A continuous gaming session for one weak could land you a free shirt of your choice if the rank is 15 or below.

“To help aspiring brewers and distributors get their boots in the door, we knocked 5 Gold Bars off the cost of the Moonshine Shack through September 7th,” Rockstar announced in a statement.

Gear up all the players to sight the New Milk Coyote and grab all the exciting rewards listed for you. Red Dead new mission definitely gonna give a high-end gaming experience with the new features introduced.