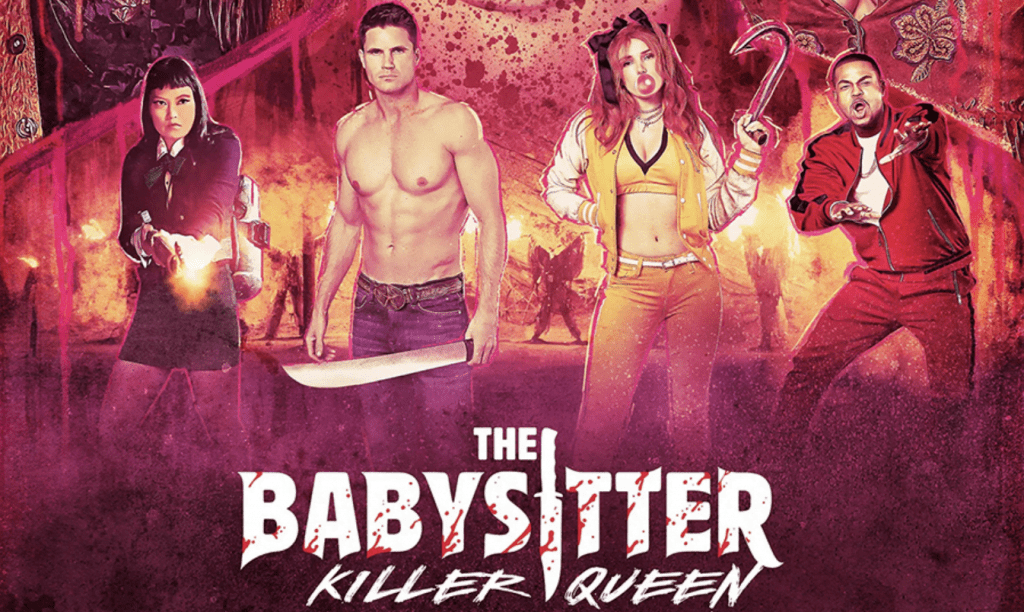 The 2017 horror-comedy The Babysitter is now back with a sequel. The makers plan to release this sequel, titled The Babysitter 2: Killer Queen, on the popular streaming service- Netflix. The prequel is now available on Netflix.

The movie will be a continuation of the prequel. The prequel was all about Cole trying to defeat a satanic cult that was led by his attractive babysitter Bee.

In The babysitter 2, Cole is a high school student. It is two years past his experience with Bee and her satanic cult and he is struggling to forget those details and focus on high school stuff. People think he is slowly losing his mind, given that Bee and all of her friends have disappeared. Cole’s next-door neighbour and crush, Melanie, is the only one who believes his story. But his enemies will make a comeback when he least expects it. Cole will then have to focus on dealing with the satanic forces, once again.

Netflix released the trailer of The Babysitter: Killer Queen on August 27. The production of the film began back in October 20019 and is scheduled for release on September 10, on Netflix.

The movie features Judas Lewis in the character of Cole Johnson. His love interest, Melanie, will be portrayed by Emily Alyn Lind. As Bee is missing from the film, the character of Allison will be taking up as the leader of the satanic cult. Bella Thorne will portray the role of Allison. There are many other prominent names in the movie like Robbie Amell, Hana Mae Lee, Andrew Bachelor, Leslie Bibb etc.