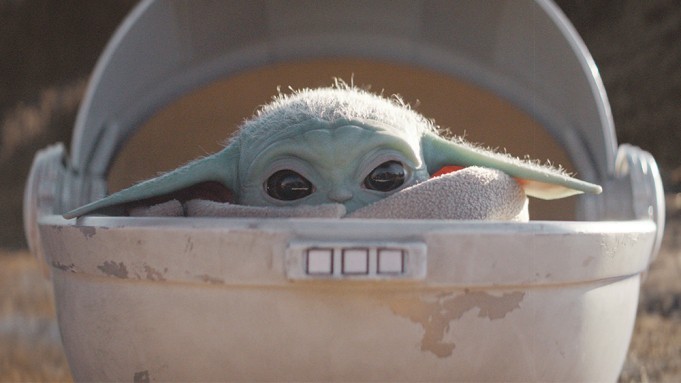 The Mandalorian Season 2 : Disney and lucasfilm have unveiled the first trailer for the second season of  Star Wars series. Jon Favreau created it starring Pedro Pascal in the lead. In the Mandalorian Season 2, the titular bounty hunter will continue his journey. The most famous new character of 2019 – Baby Joda. As they take on new and old enemies including Moff Gideon (Giancarlo Esposito). Also rely on allies in Cara Dune (Gina Carano) and Greef Karga (Carl Weathers).

Sasha Banks in The Mandalorian Season 2 :

There is no sign of new cast members.Rosario Dawson, Katee Sackhoff, Temeura Morrison, and Timothy Olyphant can be seen in trailer. We open on a dirt-colored planet and as another blue-colored zooms into view Mando’s spaceship Rasor Crest drifts in. Later, An exchange between Mando (Pascal) and the Armorer (Emily Swallow) about reuniting Baby Yoda with its kind may be given. Some of which was also part of The Mandalorian Season 1.

The Armorer speaks about great battles between “Mandalore the Great” and the Jedi, described as “an order of  sorcerers”. We get a blink-andyou-miss-itglance at a hooded character played by Sasha Banks, though it’s unclear if that means she is a Jedi.

Baby Yoda to his supposed enemy, the Armorer repeats the traditional words: “This is the way”. The rest of The Mandalorian Season 2 Trailer is made up glimpses of action sequences. Cyclops named Gore Keresh. who tells the Mando: “You know this is no place for a child”, to which he responds: “Wherever I go, he goes”.

Keresh’s colleagues – seemingly – corner the Mando, who reals a new blue-light indicator on his arm that instructs Baby Yoda to shut his shell and secure himself. The Trailer then puts Baby Yoda perspective, as we only hear the Mando taking out everyone who dared to point a blaster at him.