In the backdrop of the COVID-19 outbreak,video-conferencing led by Zoom has become the go-to tool for not ,touch up Appearance to look good on zoom

Note: This feature is not available on Android as of now.

Also See : How to Pair Apple watch with new iPhone

How to use Touch Up Appearance On iOS

1. On your iPhone or iPad, launch the Zoom app and then tap on the Settings icon at the bottom right corner. 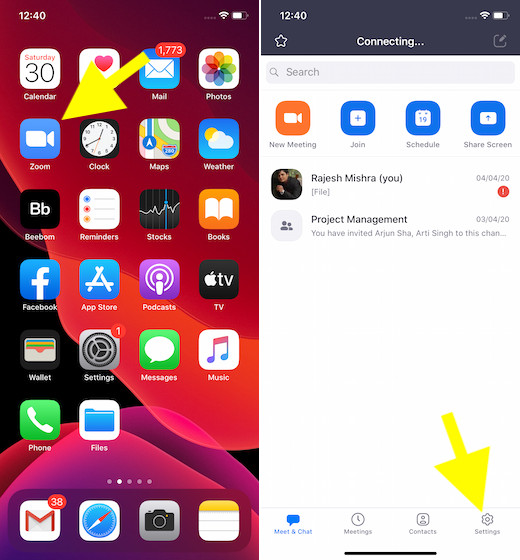 3. Next, tap on Touch Up My Appearance.

4. Next up, turn on the switch next to “Touch Up My Appearance” to smooth out the skin tone on your face. 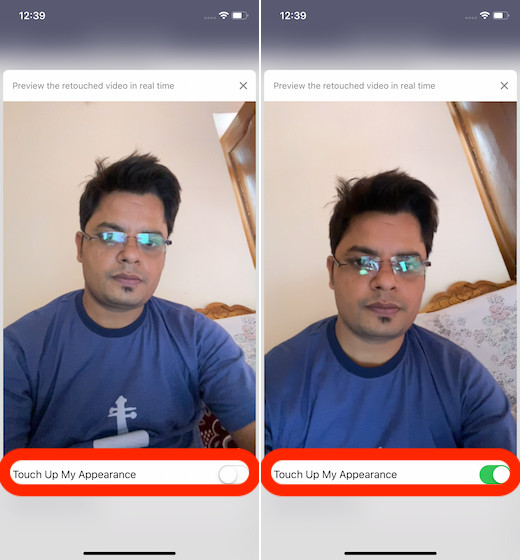 Use Touch Up Appearance On macOS or Windows

The steps are the same for both macOS and Windows apps. That’s why we’ve shown only macOS screenshots.

1. On your desktop, open the Zoom app.

2. Now, click on the Settings icon at the top right corner.

3. Next, click on the Video option in the sidebar. 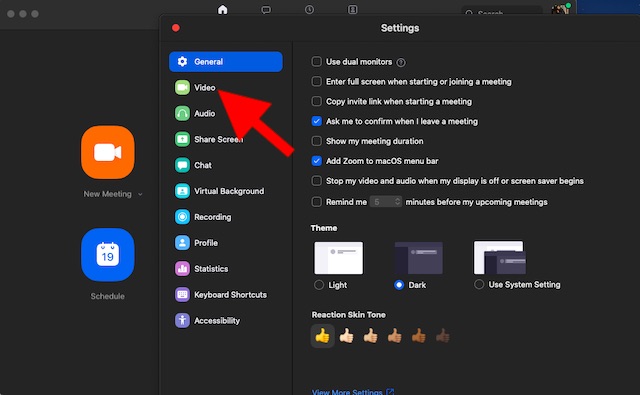 Note: Alternately, start or join a meeting and then click on the arrow that appears next to the video icon. After that, select Video Settings.

4. Finally, check the box to the left of Touch up my appearance in the video setting dialog. 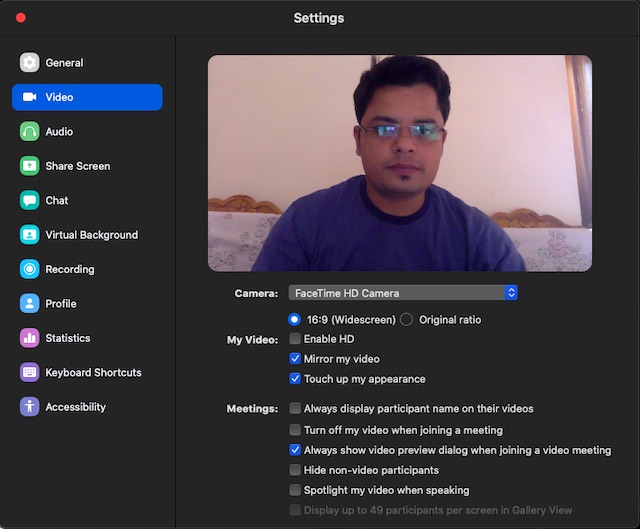 That’s it! Going forward, the Zoom app will display your video with the touch-up. It will remember the preference and automatically use it whenever you start a meeting or join one. If you ever decide to turn off touch up my appearance feature in Zoom on your mobile device or desktop, follow the same steps mentioned above and then uncheck the box in the end.

Use TouchUp My Appearance in Zoom to Look Better

So, that’s how you can use Zoom’s hidden visual filter to spruce up your appearance while video-conferencing.