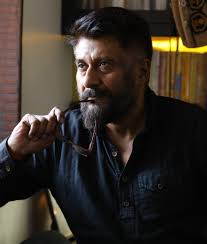 Vivek Agnihotri, filmmaker and director, the Indian Council for Culture Relations (ICCR); has been named as the new cultural representative.

Maulana Abul Kalam Azad, established ICCR back in 1950. The ICCR is an autonomous and cultural exchage-focused organisation by the Government of India. The ICCR operates 36 cultural centres worldwide; and the only soft power organisation to accentuate areas such as Indian literature, Indian artisans, and Ayurveda.

The ICCR’s key objectives are to actively engage in the planning and implementation of cultural relations policies in India; to enhance cultural ties and common ground between India and other countries; and to promote cultural exchanges with other countries and the citizens.

This come after the council’s decision to include Indian Cinema; among ICCR’s other culture programmes after 70 years of its creation. In the council Agnihotri will serve Indian Cinema community.

The filmmaker acknowledged the role from ICCR’s President Dr Vinay Sahasrabuddhe. Dr. Sahasrabuddhe was the one to formalize his nomination.

Agnihotri articulated his excitement with the role at being; the film industry’s “first-person” to serve the industry’s cause within the ICCR.

He said, “I am extremely honored by Indian Council For Culture Relations; India’s apex body on the promotion of great Indian culture across the world for including cinema. I am deeply honored for being the first person from the Indian film industry to represent the cause of this industry in the overall cultural promotion globally.”

He also added, “I will perform my duties as a cultural ambassador representing the film industry with the best of ability.”

Vivek Agnihotri is also a voting member of Indian Central Film Certification Board.

Agnihotri is currently directing a feature known as ‘The Last Show’; starring Anupam Kher and Satish Kaushik. The shooting for the same is likely to begin in mid-September.