WhatsApp went down on Friday evening for millions of users in India and elsewhere who reported issues with privacy settings as well as last seen online status not working.

According to outage monitor portal Down Detector, there was a 66 per cent spike in WhatsApp reports, with last seen online status not working for them as well as 28 per cent reporting connection issues.

Both Android and iOS WhatsApp users took to Twitter to report the issues. 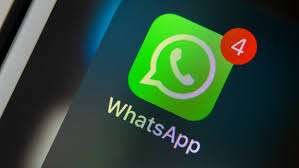 “Has anyone else’s ‘last seen’ on WhatsApp been automatically turned off and can’t turn it back on?!” one user tweeted.

“Does anyone know what’s going on with #whatsapp?” tweeted another. Even Mumbai Police chimed in.