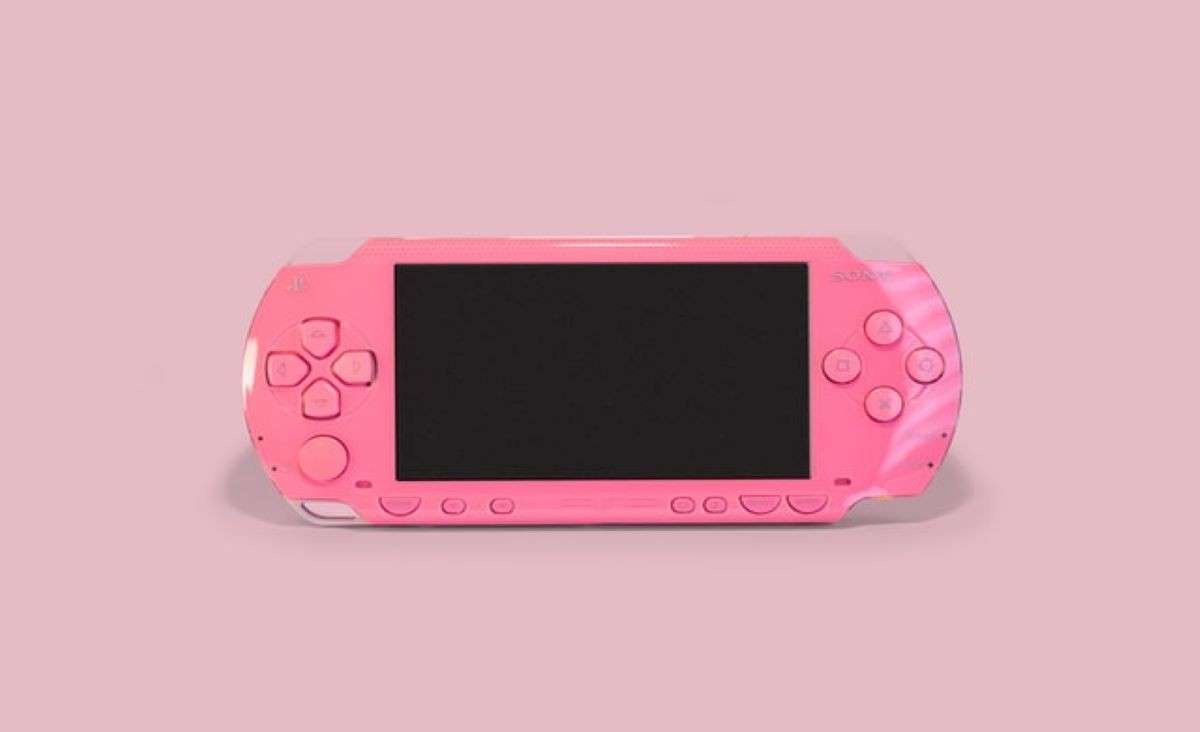 The Best PSP Games are not easy to identify, especially when there are over 1300 titles to choose from. Additionally, there is some debate over which games are the best and which should just fade into obscurity. The PlayStation portable was one of the most successful handheld game devices. A wide variety of games can be played on it thanks to its high graphics screen, simple controls, and elegant programming. Ranging from original title its remake/rereleases PlayStation one and two games there were sure to be a title appealed any user. All that aside, there are without doubt 15 titles that most people agree on as being The Best PSP Games. So without further delay here are 15 of the best PlayStation portable videogame.

Killzone: liberation is the shooter/action adventure direct sequel of the PlayStation 2 Killzone. the game takes place directly after the events of the original Killzone. The player takes on the role of Jan Templar one of the protagonists from the original. The object is to continue to eliminate the Helghast invaders from the interstellar alliance systems home world. The game received numerous favorable reviews both for its unique shooter/dungeon crawler gameplay and it’s multiplayer. Additionally, the storyline was the perfect continuation to the original game and ties in nicely zone to. There’s no doubt Killzone: liberation belongs on any list of the Best PSP Games.

Kingdom Hearts: Birth by Sleep is a prequel installment in the action role-playing Kingdom Hearts Series. The game was also the first mobile version of series to be released on PlayStation portable. As a result, though it incorporated new gameplay systems and mechanics overall it plays more like a consul game. Put another way anyone plays the game almost forgets that there not playing it on a PlayStation 2 or 3. The game has also been wildly popular since its release selling over 500,000 copies first two days. In addition to the excellent graphics and gameplay the storyline fits seamlessly into the kingdom hearts tail. Answering many questions that earlier installments create. Kingdom hearts: birth by sleep always pops up on any list of the Best PSP Games.

Dissidia 012 Final Fantasy is the fighting style prequel/remake of Dissidia Final Fantasy. It tells the story of the events that preceded the original game. Then it allows the player to replay the original game with additional content. The game allows a player to fight using several heroes and villains from the Final Fantasy series 1 through 13. One of the new features added for this game that different from its predecessor was an alteration map navigation to make it more like a traditional Final Fantasy game. The game storyline seamlessly flows into the events of the previous game. As a player takes up the fight in the 12th cycle of war between the forces of order and chaos. All this combined together to create a game that never fails to be added to the best of PSP games lists.

LocoRoco 2 is the platform game sequel to the original LocoRoco. The gameplay is the same as the original game with the player clearing levels and scoring based on the number of LocoRoco he or she finds along the way. The main difference is the plot which is a perfect addition on to the original storyline. Despite its simple gameplay mechanics many critics claim it is a fun and challenging game.

Valkyria Chronicles 2 is the tactical role-playing sequel to the original game Valkyria Chronicles. The game is set in a alternate version of Europe during World War II. Though the events of this game take place two years after the original. In this game the main characters are students from military were trying to prevent a rebel group from committing genocide. With a few improvements the majority of the gameplay mechanics are carried over from the original game. The graphics are also more refined than the original taking full advantage of the visuals available for the PlayStation portable. As a result of all these features Valkyria Chronicles 2 well deserves to be on any best PSP game list.

Final Fantasy Tactics: The War of the Lions

Final Fantasy Tactics: The War of the Lions is a PlayStation portable rerelease of the original Final Fantasy tactics. this tactical action role-playing was a release and update of the widely popular PlayStation 1 variation. The game was overhauled to take full advantage of the abilities of the PlayStation portable. Numerous new features such as multiplayer and cut scenes were added as a result. The game received extremely positive reviews upon its release. As a result, this game usually ranks high on most people’s top five Best PSP Games.

Castlevania: The Dracula X Chronicles is a PlayStation portable remake of the platform adventure game Castlevania: Rondo of Blood. As with the original the objective of the game is to guide the character through the various levels. As the player progresses to the levels that defeats various enemies and search for the main characters lost lover. The ultimate goal as with all other installments series is to defeat the resurrected Dracula King of the vampires. This version of the game received even better reviews in his PlayStation portable form than the original PC variation. While the same time maintaining many of the mechanics from that original PC game. Castlevania: The Dracula X Chronicles is considered one of the Best PSP Games.

Monster Hunter Freedom is a remastered version of the original to action role-playing games of the series for PlayStation portable. It combines the storyline of the first two installments in the monster Hunter series. The game is set in a fictional universe where the main character is a monster hunter. As the name implies the goal the character is to hunt down monsters on various quests given. The monsters on these quests are usually causing an issue or threatening a settlement.

The gameplay mechanics remain mostly the same from the original games. The only major modifications done to the game system were changes to allow a single player to complete quests. As the original games featured quest that required multiple players to complete successfully. The game also included a non-storyline that allowed players to participate in grouper quests. The game released to generally positive reviews.

Final Fantasy 7: Crisis Core is the action role-playing prequel game to Final Fantasy VII. It takes full advantage of the consul’s capabilities. The gameplay allows the player to move the main character “Zack fair” to the world maps and in combat. The game system is easy to use and provides hours of challenging and entertainment. As a prequel to Final Fantasy VII it fit seamlessly into the series. Upon its release the game received generally high praise.

Grand Theft Auto: Vice City Stories is an action adventure role-playing set in the fictional grand theft auto universe. The objective of the game is to direct the main character on his quest to build the criminal empire. The game contains elements of shooting and racing games set in open world map. Setting aside ethical viewpoints on the game it has received generally favorable reviews. Thanks to this and its intense action gameplay considered one of the Best PSP Games.

God of War: Ghost of Sparta

God of War: Ghost of Sparta is a PlayStation portable installment of the God of war series. The main focus of the game is to guide the character as he seeks to unravel the mysteries of his past. Ghost of Sparta is set in an alternate version Greece. Populated not just by men but also mythological creatures of the land. The game is a sequel title that fills the gap story wise between the original God of war and God of war two.

Lumines is a game since Tetris. The objective rotates the playing field to create a 4 x 4 queue block of the same color squares. Once a squares pass a specific point on the screen it iserased. The complicated part of the game is that they draw in lines of two of alternating colors.  When the first block touches the top of the screen the game is lost. Deceptively simple at first glance the game is very challenging. Lumines almost always makes its way on the top five of any Best PSP Game.

Daxter is an action adventure/platform game developed for the PlayStation portable. It is set in the Jack and Dexter universe. The player takes on the role of Dexter as he tries to survive for the two years between the intro of Jack and Dexter 2 and the main game. In this time Daxter becomes an exterminator hunting down insect infestations. The storyline and gameplay combined with a few other features made the game a very popular installment series. With over 4 million copies have been sold many critics have considered it one of the Best PSP Games .

Jeanne D’Arc is a PlayStation portable tactical role-playing game loosely based on Joan of arc. The game contains many fancy elements and also focus on actual historic events. The player takes control of Joan and her partner she guides them from battle to battle her struggle to drive the English out of France. The game received generally high praise for its gameplay and historical significance. All this combined together means usually ends up in the top 10 of any Best PSP Game lists.

Jak and Daxter: The Lost Frontier

Jak and Daxter: The Lost Frontier is a PlayStation portable action role-playing/platform game. Is the last installment in the Jack and Dexter series. The objective of the game is to guide Jack and Dexter as they seek out the reason for an energy sorted plaguing the world. In addition to adding new featurs many old mechanics were kept from the previous games. The most prominent being higher focus on vehicle to vehicle combat specifically aerial combat. These features combined with the graphics and storyline make for an excellent game. Receiving favorable reviews upon its release Jack and Dexter: the lost frontier is a worthy entry on any list of the Best PSP Games.