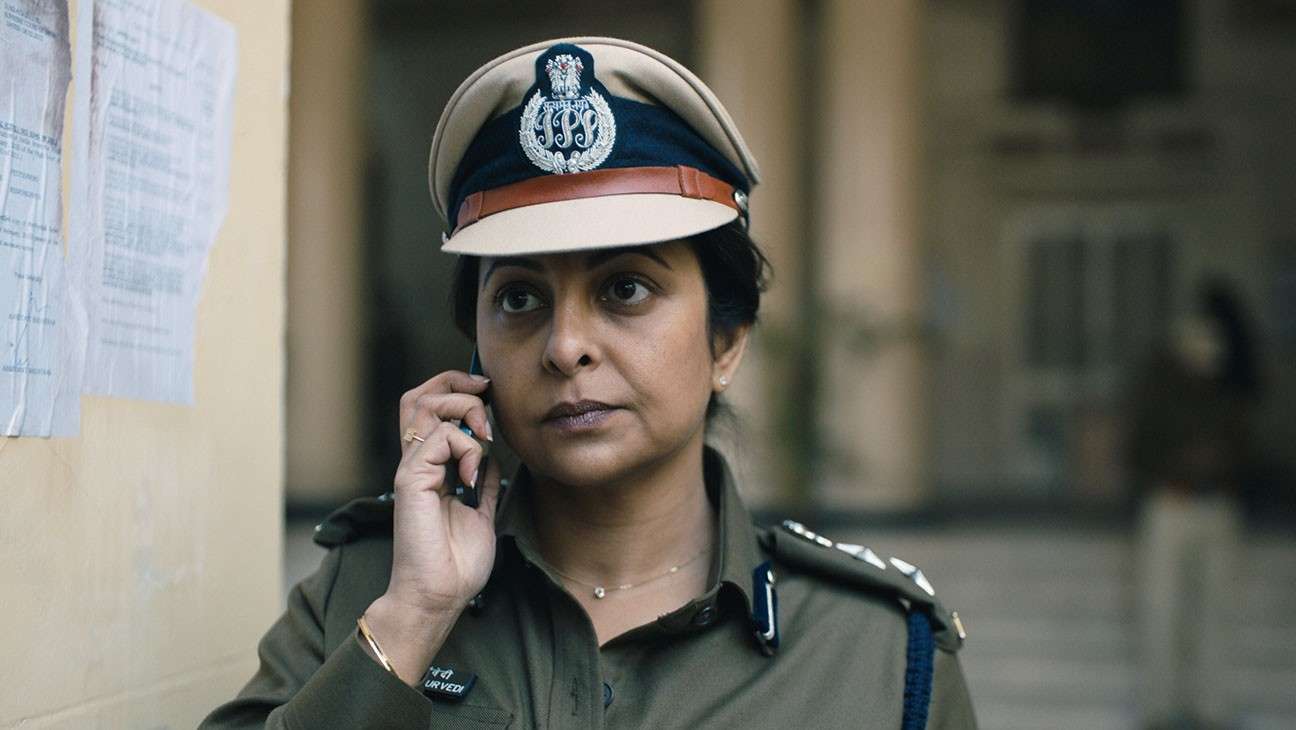 Delhi Crime is an Indian dramatic and crime hindi series. This series is based on the 2012 Delhi gang rape that was happened in the neighbourhood of Munirka which was in South Delhi.
This story is directed by Richie Mehta which will release on Netflix on 22 March 2019.

When it got released the first season got positive reviews. The overall rating of this series is 8.5/10.
There are 7 episodes in first season of delhi crime approx one hour each and captures the investigation of Nirbhaya gang rape case. The series which came after delhi crime on netflix was the bard of blood.

THE REAL STORY BEHIND DELHI CRIME :

16 December 2012, Jyoti singh pandey who was a medical student with his friend Awindra Pratap pandey were going home after watching a movie. Then they took a bus, there were already five passengers including driver.

After sometime Awindra started feeling bad when the bus changed the route. Than, the men on board switched off the lights of the bus and then suddenly the bus stopped, Awindra was badly beaten by the bus driver and he knocked him with an iron rod.

Jyoti was pulled at the back of the seats and was also beaten with the same iron rod while being sexually assaulted by those men. They assaulted her one by one and after that they threw Jyoti and Awindra in the middle of the road.

After throwing them on the road naked they cleared all the evidence from the bus and separated there ways so that they would not be caught easily.

It took the police 24 hours after the assault to use the CCTV footage of the highway to trace the location of the bus driver whose name was Ram Singh. He was founded and arrested in the same bus.

So,the police tried to arrest others by using there sketches which was described by Awindra . Jyoti was only able to give statement through hand movements as she was suffering from so much of pain.

Than the five other suspects were found soon as the police played a very important role in providing justice to Jyoti and because of
Jyoti’s scratch marks were found on the suspects bodies as she scratched them in order to protect her from those animals.

The Nirbhaya initiative was launched by her family in her respect and memory, which provided shelter and other resources to the rape victims.

ABOUT THE NETFLIX SERIES:

Netflix`s Delhi Crime Story is part of of anti-procedural category. The series first two episodes focused on describing the whole incident giving each and every detail of the crime.

The writer-director Richie Mehta who has worked for the film industry certainly knows his procedural conventions. So, those conventions pop up over and over again in the Delhi Crime episodes, and because of Mehta`s focus on cultural context the episode are fresh and consistently engaging.

Delhi Crime Story is based on real events from 2012. The series began with the discovery of a naked man and a women on the middle of the road.

Delhi Crime Story is one of those elongated web series that peak into TV and streaming has enabled the character in the viewer’s veins.

The first two episodes are completely about how the police department assembled a team and begin with the process of tracking down the crime scene that is the bus, most of the characters of the series looked very professional and have done justice to there roles.

As, the series feels more like the work of a sincerely interested outsider than a native piece of representation. The Delhi is crowded!! Approach isn’t going to be revelatory and there is anybody who has seen a logically short movie or Delhi-set episodes because it
showcases the Amazing Race. Still there`s a focus that prevents Mehta and Aidt`s approach to the city from feeling stereotypical.

Everything in the first two episodes stems from traffic and that`s how the series captures Delhi`s crowding its urgency and the central crime itself.

Netflix never fails in making its Indian audience upset as it releases back to back spectacular series like after Delhi Crime they released Emraan Hashmi starrer Bard Of Blood.

As we all are waiting for the second season :

In conclusion, the second season of Delhi Crime will feature the real-life of an IAS officer Abhishek Singh and according to press release.

He is currently posted as the deputy commissioner in New Delhi.

There is one more series on Netflix named Bard of Blood which is based on a brutal combat between a terrorism group and a RAW agent.