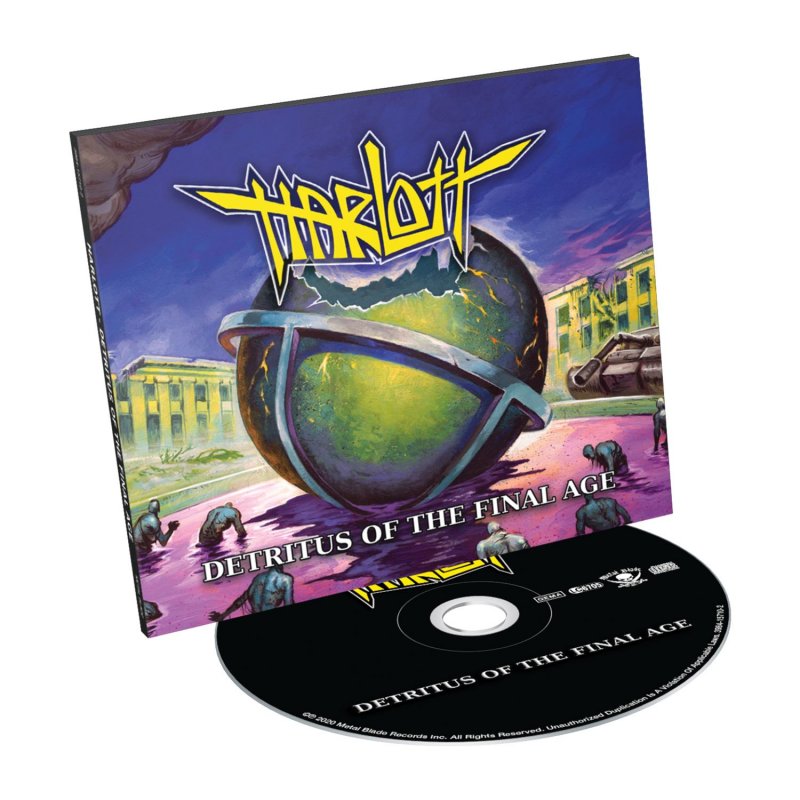 Detritus Of The Final Age Is Ready To Rock The Floor

Detritus Of The Final Age is all set to hit the floor with the amazing numbers on November 13. Harlott after a tremendous recording session for a long time is finally satisfied with their album and announce the release date.

Thrash metal is one of the complex forms which is most often difficult to perform. Thus most of the band failed to come up with an original thrash metal with all the elements in it. But the form is in the safe hand of Australia’s Harlott for many days. They are proving it with their amazing album releases.

Detritus Of The Final Age is the most awaited project by Harlott and Hudson the lead of the band took almost one year to complete the album and writing the songs. He did not want to present something he is not fully satisfied with.

Giving the best performance is the main motive of Harlott and they take sufficient time to produce the latest album. Delivering a serrated riff, rampant rhythmic battery, and bilious lyrics was the main goal and they succeed it very well.

Thrash Metal Is In Safe Hand With Harlott

It’s been 30 years and thrash metal is still popular for its soulful riff collection of songs. The genre is highly energetic with a combination of sorrow, melody, and darkness. The genre can touch the soul if performed well.

Harlott introduces two new members in Detritus Of The Final Age, Glen Trayhern on the drum and Leigh Bartley. Both of them are enthusiastic artists and bring the new and best ideas for the album and perform the highest of them.

Tracklist Of Detritus Of The Final Age

As We Breach, the first song of the album is ready for preorder. One can listen to the song before the album release date of November 13.

Apart from As We Breach the album includes

Let’s gear up for the thrash metal of this year and get ready to embrace some of the amazing numbers with the album.