Enola Holmes trailer released in NETFLIX. It is great news for all the detective movie-lover out there. And fans believe it is going to be utmost entertainment. The movie is based on the younger sister of Sherlock Holmes who carries the detective eyes alike her brother the great detective of all the time.

The movie portrays the story of a young girl, who lost her mother and in a mission to search for her beloved mother. Enola Holmes is an action-comedy movie in a serious yet emotional plot. NETFLIX in the trailer announced the release date and that is on 23rd September.

Bobby Brown played the lead role as Enola followed by Sam Claflin and Henry Cavill who respectively played the role of older brothers to Enola, Mycroft, and Sherlock Holmes. Helena Bonham Carter is there in the movie who played the role of Enola’s mother Eudoria Holmes.

Nancy Springer created the character Enola and the entire plot is bases on her series of novels. In the character of Enola who is imagined to be the younger sister of Sherlock Holmes.

The plot of the movie

The plot for the movie has taken from Nancy Springer’s series of novels. In her novel, she discovered the Enola character which is reverse to alone. Enola in the novel is the younger sister of Sherlock Holmes, who carries the detective eyes alike her brother.

But it seems the Sherlock Holmes estate is not very much happy with the movie plot. They sued NETFLIX for recharacterizing Sherlock Holmes as kind and respectful which according to them is a violation of the authors’ copyright. Along with NETFLIX the estate also filed a case against Nancy Springer and the publisher group penguin for the same. 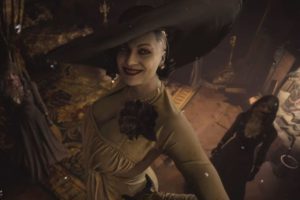