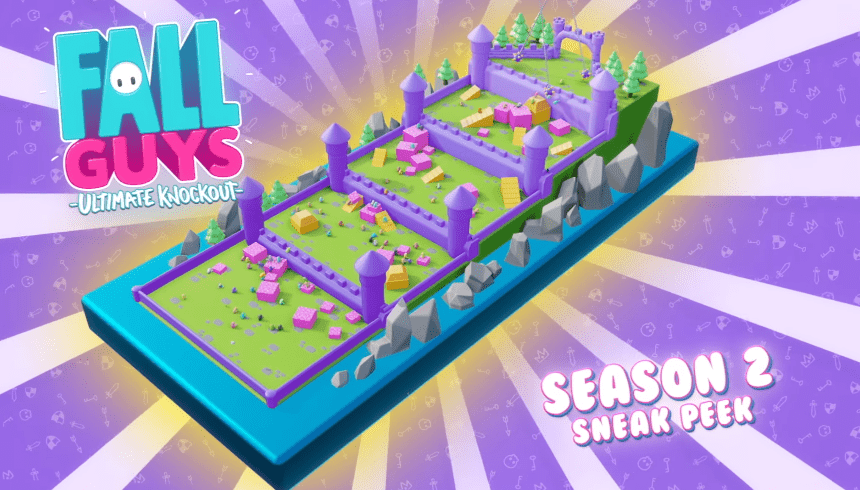 Fall guys Season 2 has been announced and the developers are planning to bring a medieval theme to the game. Fall Guys has been so popular over 7 million copies have been sold since its August 4, 2020. The game’s is popular with its gameplay of a race/Battle Royale through a total wipeout, candy crush inspired game environment. Now the developers with Fall guys season 2 plan to capitalize on that popularity. Season 2 will bring new environments and character costumes with its release in October. However, fans are also asking other questions about fall guys season 2 Hack. These questions include if the game will be free to play and/or more devices to play on?

Fall Guys is a battle royal platform videogame for Windows and PlayStation 4. The game is an online Battle Royale with cross-platform capabilities. The object is simple to be the last player out of 60 at the end of the final round. Specifically, the game starts with 60 players were gradually eliminated through a series of game challenges/rounds. The games maps and character avatars look like they were inspired by the CANDY CRUSH SAGA.

Additionally, the various challenges/rounds in the game feel like they were pooled from obstacle course game shows. Indeed, the game’s creators stated they were inspired by shows such as Total Wipeout and Takeshi’s Castle. The various challenges/rounds are chosen at random and can range from a race to team event. Also, numerous obstacles inspired by Total Wipeout and other shows will appear for added difficult. However, season two will expand on the base game by introducing a medieval theme to the game.

The second season of Fall Guys introduce new levels minigames into the game. All of these new levels will be using a medieval theme. in other words, players will have to run obstacle courses with castle walls and towers. Additionally, obstacles have been altered to get more dark ages appearance. Based on the trailer this means we may see or pendulum blades or at least what appears to be such.

Even though the new environments are based off medieval times they still retain cute childish innocence of the original game. In addition, to the new environment of the game certain mini games have been altered new features. Specifically, the addition of special locks that the players have to are to push into position to climb. This addition brings new complexity to the game and the strategies players use. However, it shouldn’t take away the game that has already become a major success.

Fall Guys Season 2 is also providing new costumes for the players avatars. While the costumes for the original game are quite unique in their ways season twos are much more elaborate. Specifically, when compared with most of the costumes available in the current game the attention to detail is incredible. While not all the new costumes have been feels those that have are definitely expanding on the medieval theme. The range of costumes include not only medieval characters such as Vikings and Knights but fantasy as well.

Specifically, based on the current trailers costumes will include such fantasy characters as wizards and dragons. Fall Guys Season 2 Hack manages to create these costumes and maintain the same fun and laughter inducing charm as before. Fans who have already finished the first season and have collected all the costume options are eager for season two. So, they can continue expanding their characters costume collection with the medieval wardrobe.

Must Read: Fall Guys Hack, the underhanded tricks to beat others

Will Fall Guys Season 2 Hack be free to play?

One of the biggest questions for Fall Guys Season 2 has been if it would be a free season? That is, will season to simply become available or will the developers charge a subscription fee. Recent interviews with the developers have revealed that season 2 of fall guys will be free to play. As a result, anyone who has downloaded a copy of the game will not have to pay an additional cost. It appears the game developers are trying to capitalize on the popularity of the game. Additionally, the game developers maybe trying to repeat the success the game’s original launch with free downloads for PlayStation plus. 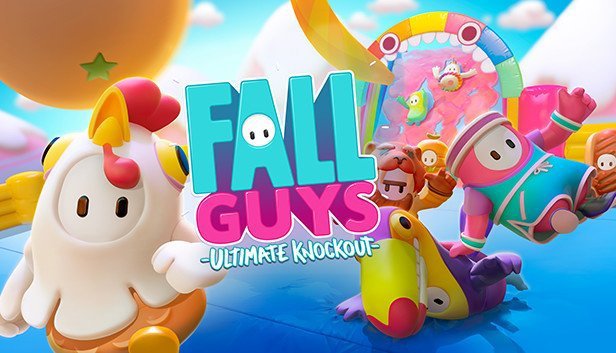 One question that fans want answered for fall guy season 2 is when the games coming to other consuls? At the time of its release the team of developers announced that there were no current plans to do so. Specifically, they stated that for the time being to keep the game only on Nintendo switch and Windows. That being said, they also informed fans that if there was enough demands they would make Xbox and switch versions. Given how popular the game become, it should be clear to the developers of exists at this point. The developers did state that any fans who wish to express such a wish to contact them on twitter. What this means is that at the moment the game is limited to two of the four primary gaming platforms. Which means fall guys season 2 Hack will not see additional platforms be made available.

When Fall guys mobile is coming?

Fans of Fall Guys were hoping season 2 might see a release of the game on mobile devices. Given the fact that the game is cross-platform compatible it should not be too difficult to create a mobile version. Especially considering, that most modern smart phones and tablets should have more than enough computing power. However, as with the other gaming platforms there is no current plan for a global release for fall guys mobile. That being said, the developers have announced that they are working on a region-specific mobile release for the game.

Specifically, the developers are working on fall guys mobile version for the Chinese market. However, at this time it does not appear that will be ready for release when fall guy season 2 is. Additionally, there may be some economic/political issues with releasing the app in China first. That being said, it can be assumed that if the mobile version does well in China a global release is next. Whatever the case, fall guy season 2 will continue to bring the action and competition of the game.