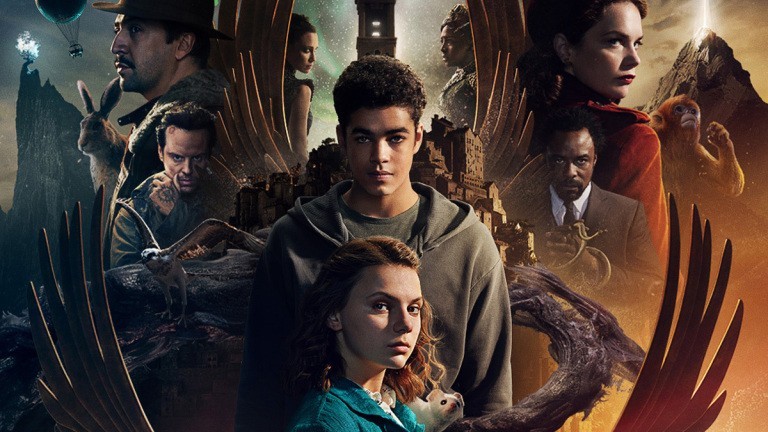 What can be more exciting than hearing that His Dark Materials Season 3 has been given the green light? The BBC-HBO co-production is all set for a new season which is expected to be the show’s finale. The latest season, which is based on Philip Pullman‘s novels, begins production in Cardiff, Wales, starting this year. We don’t know what to expect from the season finale. Will it stick to the original plot lines as per the source on which the show is based? Or will it go in a different direction as opposed to the original storyline? It comes as no surprise that the show is being given one last outing because the first two seasons closely mirrored the books. Read on to find out more about the show and what to expect from the series.

Season 3: When will it air?

Both seasons one and two aired in early November 2019 and 2020 respectively. As for the final season, it doesn’t sound likely to arrive in 2021. The renewal of the series came just two days after Season 2 ended on BBC One in the UK. His Dark Material Season 3 will also have a total of eight episodes.

As stated by the BBC, production will begin in Cardiff in 2021. At the beginning of December 2020, Jack Thorne had a chat with The Guardian. He stated that he was currently rewriting the script to push ahead so they will be ready to film by this summer. This automatically rules out a November premiere. Due to restrictions imposed by the pandemic, filming has been pushed back. As for the filming site, Wolf Studio will be working with the series again. Executive producer Jane Tranter told Radio Times about an “amazing location” which has been set “for Mrs. Coulter in the first couple of episodes”. Adding that it was simply an amazing location although she “can’t talk about it”.

Based on a statements, His Dark Materials season 3 is expected to air in November, 23 of 2022.

The main cast members will be returning for Season 3. Dafne Keen will be reprising her role as Lyra in the next season. Amir Wilson will also be rejoining the cast as Will Parry-the bearer of the subtle knife. Simone Kirby will also return as Mary Malone with a huge role to play in the thrid season. While Ruth Wilson will also return as Mrs. Coulter, as will James McAvoy as Lord Asriel. The cast also includes Will Keen, Ruta Gedmintas, Terence Stamp, Jade Anouka. Joe Tandberg will also be returning to lend his voice to the character, Lorek Byrinson. We might also get to see some new cast members. The new series which will be based on the book, “The Amber Spyglass” introduces new characters.

In the new season, we may get to see Lewin Lloyd’s Roger Parslow despite the character’s death. In the universe of “His Dark Materials” death might be seen differently as is suggested of Roger’s reappearance. Although the return of Lin-Manuel Miranda, Ariyon Bakare, and Andrew Scott seems unlikely, we never know what can actually happen. And following the anticipation for Roger’s may-be reappearance, we can never be too sure. Following his character’s death in the series, Lin-Manuel Miranda has spoken of his interest in returning as Lee Scoresby for the final series.

His Dark Materials is a work of imaginative fiction. Intertwined with science, theology, and magic in a parallel universe, Lyra is introduced as an orphan. Lyra’s search for a kidnapped friend uncovers a sinister plot involving stolen children. And turns into a quest to understand a mysterious phenomenon called Dust. Will joins her on her journey in The Subtle Knife. A boy who possesses a knife that can cut windows between worlds. As Lyra learns the truth about her parents and her prophesied destiny, the two young people were caught up in a war against celestial powers that ranges across many worlds and leads to a thrilling conclusion in The Amber Spyglass.  Season 3 will be based on the third and final book in Philip Pullman’s His Dark Materials book series, The Amber Spyglass.

His Dark Materials trilogy began with The Golden Compass and continued with The Subtle Knife has reached its conclusion in The Amber Spyglass.

His Dark Materials Season 2 ended by killing off a few key characters. Splitting the two young heroes. And setting the stage for a much larger conflict than just a battle against the Magisterium. A character who wasn’t expected to return was brought back in Season 2 . And the final episode included a post-credits scene where Lyra isn’t looking too well off.

If the final season stays true with the book adaption, fans and readers may have an inkling of what to expect. The final season will also show us what happened to Lyra after she was taken by Mrs. Coulter. She is determined to stop her daughter from fulfilling the witches’ prophecy and becoming the second Eve, in turn saving humanity. We can also expect to learn more about the angels. Including the land of the Dead, we will be taken to new worlds. And a world of elephant-like creatures known as the mulefa. Mary Malone is also expected to come across Asriel or play a huge role in the epic battle against the controlling magisterium. And Will Parry might take on his father’s advice and embrace his role as the knife bearer.

All in all, the project is massive. With executive producer and production designer Joel Collins saying that the team is relishing the challenge, we can expect good results. Filming hasn’t even started but the news of the confirmation for a new season has given life to fans and viewers as the wait begins.

You might also like, Marvel’s Iron Fist Season 3, may have been canceled by Netflix but that doesn’t mean the series is dead.

The rumors for iPhone 14 series have already started?

Future Of Small Businesses After Quarantine: A Boon Or A Loss

Future Of Small Businesses After Quarantine: A Boon Or A Loss