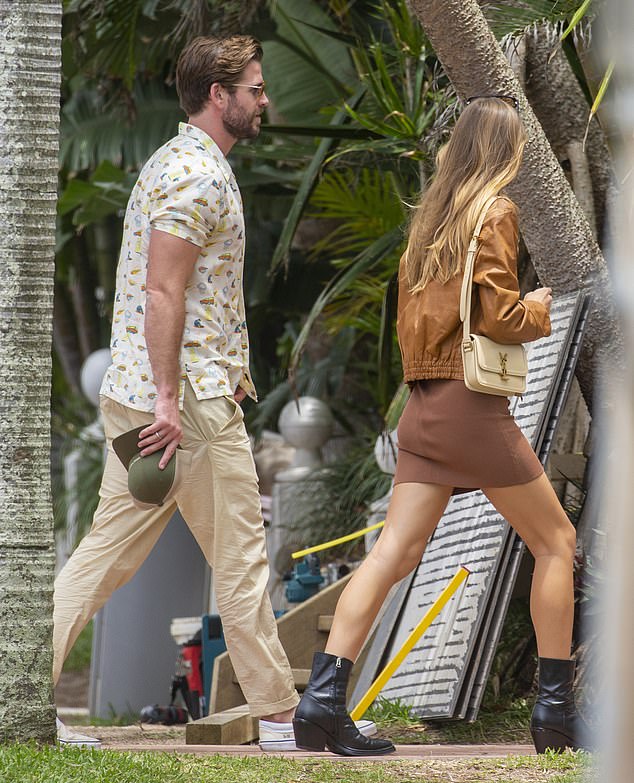 Also read: The Last Supper and Down on the Waterfront director Stacy Title dies aged 56

Gabriella Brooks looked casually stylish as she wore a skirt, a jacket and took a matching handbag with her. Louis Vuitton never fails to compliment Gabriella’s outfits. Unlike what we have heard so far, that opposite attracts and like things repel each other, their romance is different. The couple shares similar choices and has the same taste in style and fashion. Reports claimed that Gabriella is not facing any problem as she tries to get along with Liam’s family. According to the reports, the Hemsworth family has already given the green flag to her. The family is grateful for Liam that he is Gabriella because she brings out the best in Liam.

Fans cannot agree more because it was only last week when Gabriella went out for coffee with Samantha Hemsworth. Samantha Hemsworth is Liam’s sister-in-law. She is married to Luke- Liam’s eldest brother. Brooks and Liam have been seeing each other since December 2019. They started dating right after Liam’s highly controversial separation from Miley Cirus, his ex-wife.

He is happy that he is making progress with Gabriella Brooks. So far, everything has been going good. Whether it is about Hemsworth family or Liam’s move on journey, things between them are making progress. Brooks and Liam feel comfortable around each other. They both play a significant part in each other’s life. We wish Liam Hemsworth, a very happy birthday as he enjoys his life with girlfriend Gabriella Brooks.