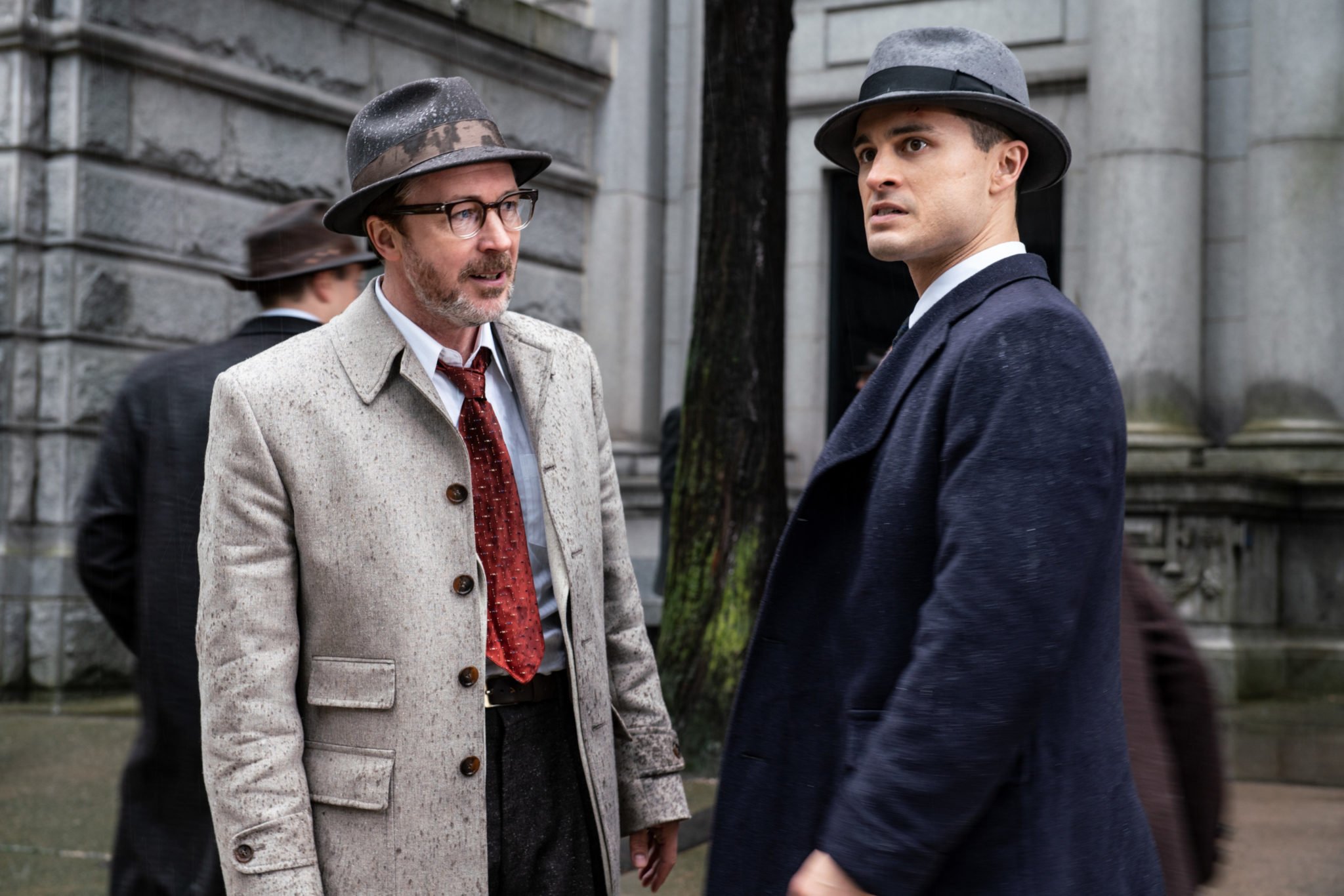 Project Blue Book is an American historical drama series by History that is based on the Project Blue Book, a series of studies on UFOs by the United States Air Force in the mid-1900s. An initial non-believer of UFOs, Dr. J Allen Hynek travels with Captain Michael Quinn but begins to realize that not everything can be explained away with logic and reasoning. As political unrest increases, Dr. Allen Hynek and Captain Michael Quinn begin to look deeper into the occurrences in search of the truth. When they discover past cover-ups that conflict with the reality of UFOs, the two begin to peel back a growing global conspiracy and the actual nature and origin of UFOs. 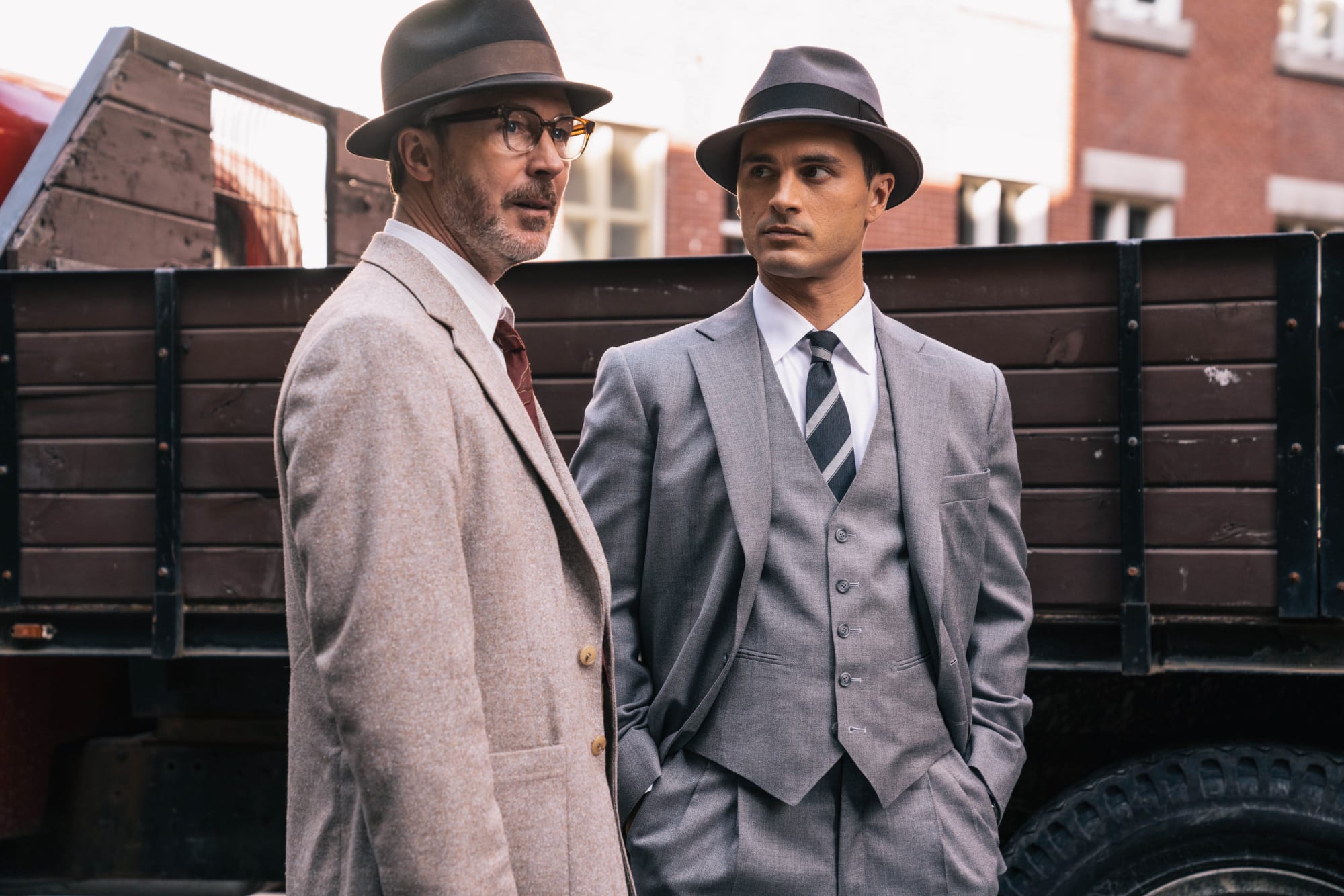 Dr. J Allen Hynek (played by Aidan Gillen who also was an actor in Games of Thrones), an astrophysicist, and Captain Michael Quinn (played by Michael Malarkey), a US army air force pilot in WWII, together try to find and explain UFO sightings across the US. Other characters are played by Laura Mennell (as Mimi Hynek, the wife of Allen Hynek), Ksenia Solo (as Susie Miller, a friend of Mimi Hynek), Michael Harney (as General Hugh Valentine, a military official, and co-founder of Project Blue Book), and Neal McDonough (as General James Harding, a military official and a co-founder of Project Blue Book). Additionally, Robert John Burke, Ian Tracey, Matt O’Leary, Nicholas Holmes, Currie Graham, Jill Morrison, and Michael Imperioli, amongst others, also play roles in the series.

The second season of Project Blue Book began with episodes featuring some of the most famous UFO cases in history: in Roswell, New Mexico, where a rancher found a mysterious danger to his property and in Area 51 — a Nevada-based US government facility that is believed to be linked to UFO and paranormal activity. However, in May 2020, the show was discontinued after the 10th episode of Season 2 with a climactic ending where Capt. Michael Quinn was assumed to have died in an underwater explosion after exploring a bioluminescent phenomenon. This information came quite shockingly as the show was averaging 1.3 million viewers a day after each episode and 2.49 million just a week later.

Why would Project Blue Book be discontinued?

Theories in the fandom suggest that a good bit of the reason behind canceling Project Blue Book may be because of the COVID-19 pandemic that has generally slowed down and canceled other shows in the industry as well.

Although the show was discontinued, the producers of Project Blue Book are still hopeful for a third season — perhaps with a different network. In fact, the entire Season 3 has already been thought-out, created, and ready-to-go if another network is interested. The team of Project Blue Book even said that they have talked through what Season 4 might even look like.

Creator/Executive Producer David O’Leary in an interview said that “it’d just be such a shame for our fans to not know where it’s going and where we can continue to go because we’ve already done all that heavy lifting.”

Several fans of the show have even started a petition to keep Project Blue Book going on Change.org and the executive producers suggest fans to use the #SAVEBLUEBOOK on Twitter and other social media platforms so that other networks can see the desire for a new season and host the next much-awaited season.

Showrunner and executive procedure Sean Jablonski adds, “The great thing about this show, and you find this very rarely, is the subject matter and what it tackles is bigger than just writing television. We have the opportunity to tell great stories based on real-life stuff, and it’s still provocative today 70 years later.”

How many episodes are in Project Blue Book?

There have been 10 episodes published per season with a total of 20 episodes so far. However, O’Leary suggests that if Season 3 and 4 are released, there will be ten episodes in each season as well.

What streaming platforms can I watch Project Blue Book on?

Currently, Project Blue Book can be watched through your cable provider, on-demand, or through the History Channel app. You can also find it on Hulu’s live TV add-on and on Amazon Prime Video.

Where and by who was Project Blue Book produced?

Project Blue Book was produced in Vancouver, British Columbia and was co-produced by the History Channel and A&E Studios.