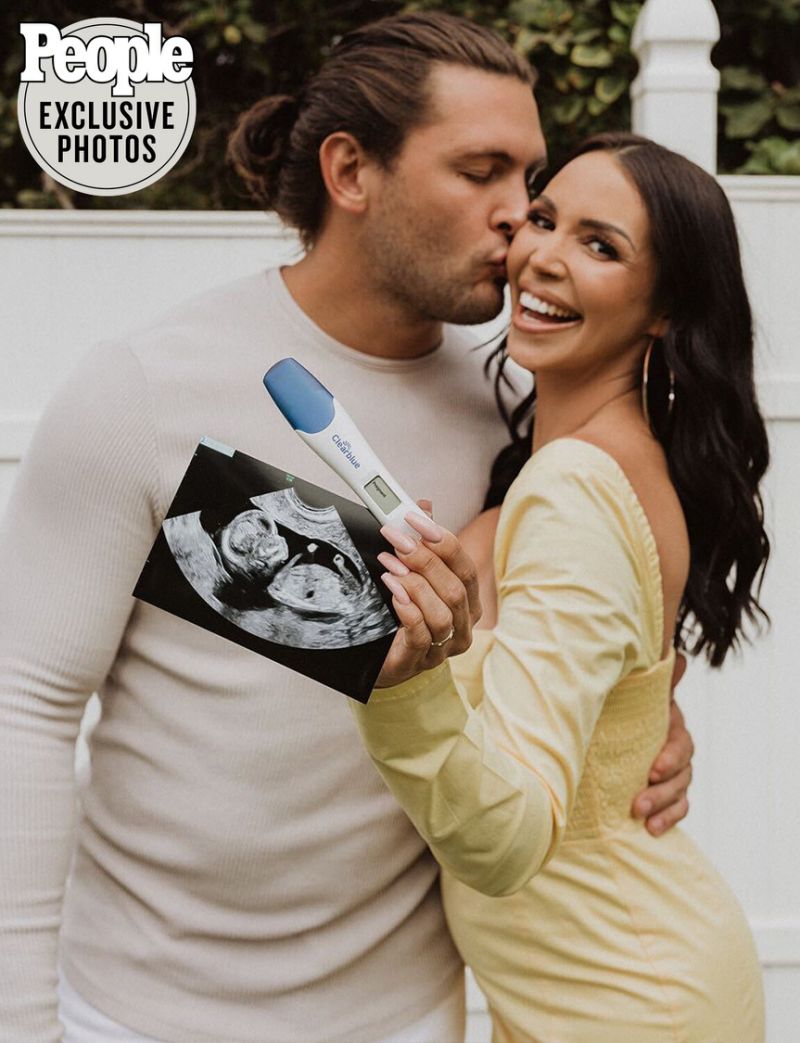 Scheana Shay Pregnant again! something great in her way after having a miscarriage in Jun. The Vanderpump Rules actress was all glowing when she announced her 2nd pregnancy by sharing a gorgeous picture with boyfriend Brock Davies.

Both were all loving and smiling in their latest Instagram post. Where Scheana was holding a positive sign pregnancy kit and Bock having a board written Our Rainbow baby. Their excitement knew no bounds as it was totally unexpected.

Scheana with boyfriend Brock was planning for a holiday. But before that, she needed to make sure about her pregnancy. She was trying for a baby and was in consultation with a doctor. so she did not take the chance and took the pregnancy test before her holiday.

The actress revealed the doctor asked her to wait for a period and ovulation cycle and they could try. But they did not expect such a quick result but to her utter shock Scheana Shay Pregnant again.

She is super excited to welcome her baby to this world and also quite nervous after a tragic miscarriage. Scheana is a bit extra careful now and consulting every now and then to the doctor. She is even scared to start workout even after the doctor gave her a clean cheat.

Scheana Shay’s mother is equally scared because her younger daughter also faced a miscarriage a few days back. But amid all Scheana Shay with a boyfriend had a great holiday and they are back in town.

Scheana Shay Pregnant again! and the actress can’t keep calm. The actress shares her experience with all and revealed how painful it was for her to lost her first baby. After that incident, she could not think of becoming pregnant again and thus frozen her eggs in case.

She stands strong for all the ladies out there who are having difficulties in pregnancy. She said there is anyways to become a mother and no one should breakdown because of pregnancy complications.