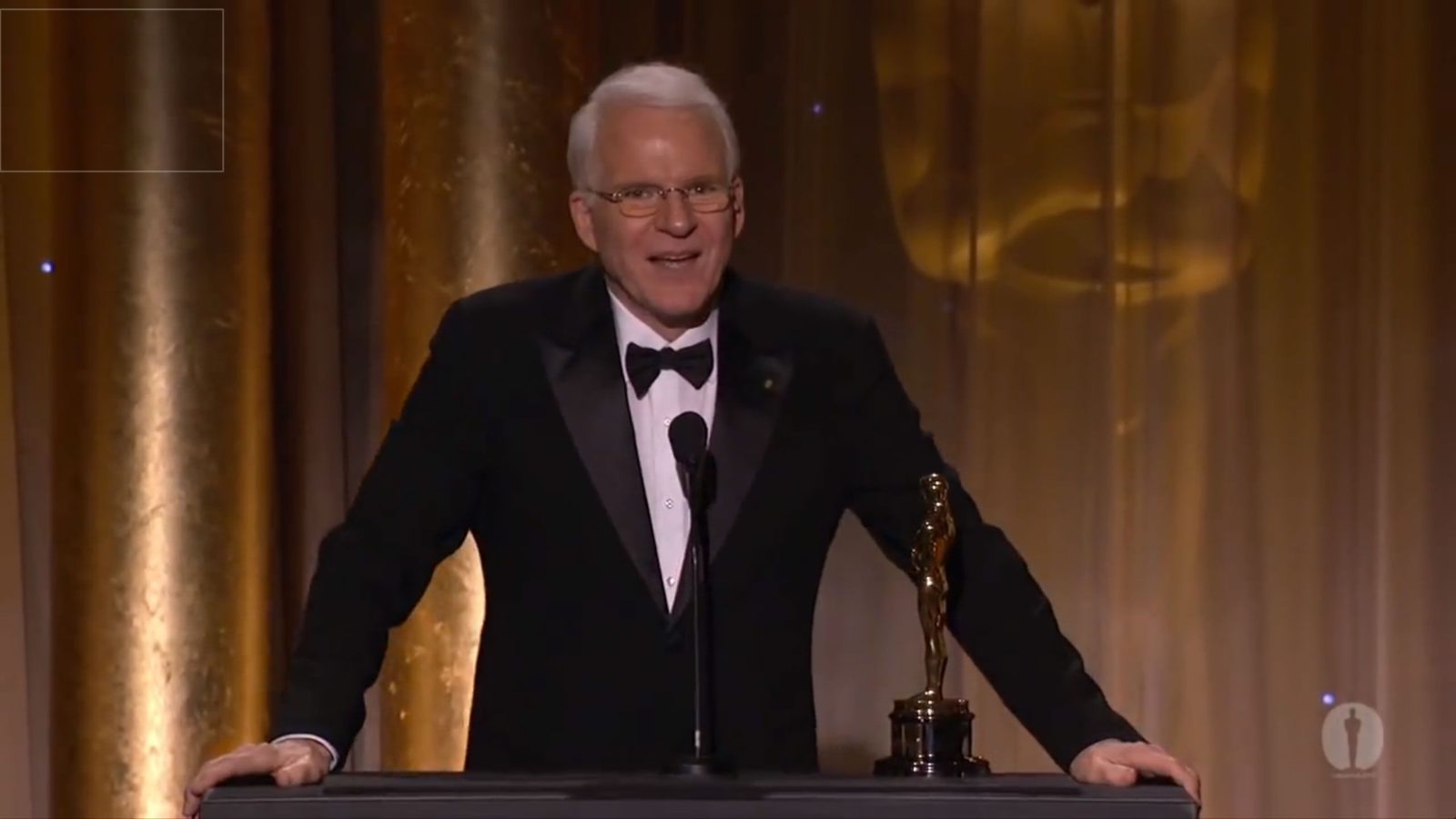 Steve Martin Mask Selfie takes him to the headline in the most hilarious way possible. Martin never fails to amaze his fans by his amazing comedy timings. From early 1991 to till Martin always makes sure he give us the source of enormous entertainment.

Recently he posted a selfie in Tweeter in the most amazing way possible in the time of the pandemic. As COVID is a highly transitive virus wearing a mask is mandatory while you go outside your home. Social distancing, sanitization, and such other precautions become new normal in the time of the global pandemic.

Steve Marin feels wearing a mask outside lands him to an identity crisis. He found out it is difficult for people to recognize him because of the mask. He decided to end the crisis and come up with a post which grave attraction and made people gaga over his unique comic sense.

Steve Martin posted a selfie wearing a surgical mask with a hardboard over his head. The board shows his name Steve Martin with an arrow in it. According to him, it will help his fan to recognize him while he is outside. The post went viral in some time and got a  huge response even from other celebrities out there.

On which George Takei funnily comment that he tried the same but did not work and other fun comments followed by.

I always wear a mask when I go outside. But something about it was leaving me anxious and unsettled. I thought about the problem, addressed it, and here is the solution. pic.twitter.com/aUW4jHI3dX

Steve Martin is an amazing actor. Seems his age never put a coma to his performance. The fabulous comedian his always full of humor and keep engaged his fan with his comedy every now and then. The 75 years old actor gave tremendous performances till now and earned a huge fan following.

Reportedly his next project is with Hulu where he will be seen with one of the most attractive and talented actresses of recent times. Though there is no confirmation yet on his next project.