The Falcon and the Winter Soldier Trailer Reveals Disney+ Plans

With the trailer for The Falcon and the Winter Soldier out, fans are raving over the new material suddenly presented to them. The show is...

Fans rave over the new material suddenly presented to them with The Falcon and the Winter Soldier trailer. The show is coming on March 19th, and is a welcome end to the radio silence we’ve had over Marvel news. This movie will be taking place right after the events of Avengers: Endgame. It stars Anthony Mackie and Sebastian Stan as the main characters.

The Falcon and the Winter Soldier will be directed by Kari Skogland and features the Marvel stars Daniel Bruhl and Emily VanCamp. It also stars Wyatt Russell, Carl Lumbly, Georges St-Pierre, Adepero Oduye and more, hitting Disney+ on March 19th.

What will we see in The Falcon and the Winter Soldier? 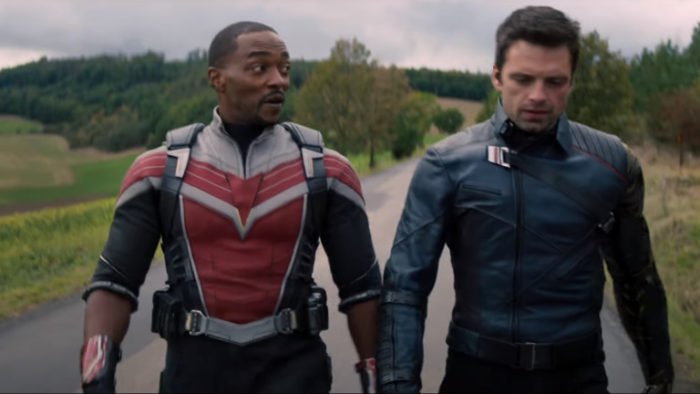 The Cap we know (Chris Evans) may or may not be showing his face. We can definitely believe that there will be popular faces in this show. Oddly enough, fans were convinced that this was going to be a movie. They were convinced it was not a show. While that isn’t true, the quality is certainly stacking up to be movie material. Especially with the fact that we have some pretty big actors coming in and out of the scene at the moment.

See also: Best MBA Programs in the USA for 2021

The man behind Captain America: Civil War and Winter Soldier composes the track for this show. One final bit of info that we could get came from the composer’s website. On his resume, Faulconer notes that he “provided additional music for Henry Jackman” and Kari Skogland. Besides Marvel Studios, Jackman collaborates with Joe and Anthony Russo. They’ve all worked on things like Cherry, Extraction, 21 Bridges, and more. Lately, he’s been gifting us with movies like Detective Pikachu and the latest Jumanji film.

“It felt like both. In a lot of ways, it felt like a movie. What I loved about it was that, tonally, it was very much in the same world that Captain America: The Winter Soldier was, which was one of my favorite experiences that I’ve ever had, period,” Stan explained. “So, in a sense, it was grounded and very much in the world as we know it. But, it’s also really jam-packed with a lot of massive, massive action scenes mixed with deep focus on character. These characters are getting so much more mileage for all of us to explore them. We can put them in situations that we’ve never been able to put them in before because you now have six hours as opposed to two.”

Watch the trailer below: